These Tiny Autonomous Quadcopters Might be the Builders of Tomorrow

by Happy NagashettiOctober 20, 2014
0
Now Reading
These Tiny Autonomous Quadcopters Might be the Builders of Tomorrow
Browse This Page 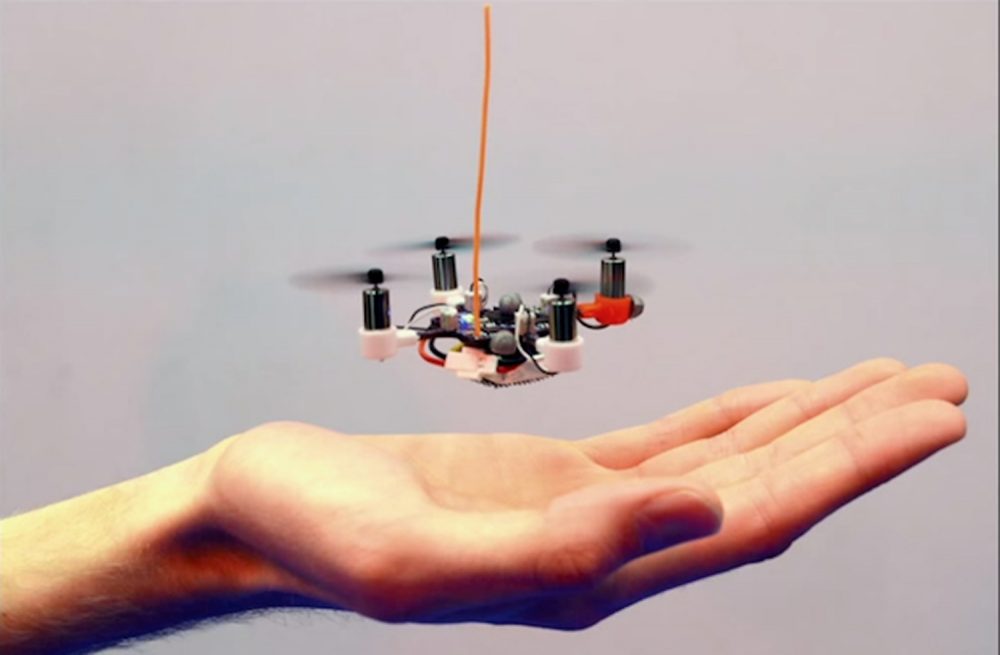 Drones are one of the buzzwords of our times. Although the name became associated with the deadly unmanned aerial vehicles operated by the US armed forces, it has quickly lost that. They are now everywhere. They are being used for shooting professional grade videos at low costs, used for making deliveries and are a boon to action sports. Now a research video released by the University of Pennsylvania shows them doing some amazing things.

It seems that the researchers at the GRASP Lab have already made robot swarms a reality. The quadroter showcased in the video flaunt their strong body, collision aversion systems and flying in a leader-follower formation.

The pico quadrotor weighs just 25 grams and 11 centimeters long. They are capable of flying up to six meters per second, about half the speed of a hummingbird. The demonstrations of the tiny drones are extremely impressive. The copters can collide with walls and poles and still survive.

The leader-follower bit of the demonstration blew our minds. These drones might as well inspire the future fighter planes and planets. Each quadrotor robot has its own set of sensors too, which assist it in making direction decisions in real-time, without the need to be connected to a computer. You can almost imagine a precision flying mechanism from any sci-fi movie. These almost feel like the DWARF drones from Agents of Sheild. Looking at experiments like this, it feels like the future is now.

Yash Mulgaonkar, one of the researchers behind the project told TechCrunch that these drones can assist in search and rescue, first response, law enforcement due to their “ability to fly through unstructured, constrained, 3-D environments.”

Though it does sound fantastic to look at, it does inspire speculation of a future where these devices can overpower humanity. Films like Terminator and Matrix come to mind. Even in the most basic of stages, the pico quadrotor looks capable of doing things better than a human mind. But these speculations are for a distant future, but it’s important to have a fail-safe plan before they are unleashed in the market.

Here is a detailed TED talk about this amazing device and the future applications of the Pico quadrotors.

likethis
What's your reaction?
Awesome
0%
Epic
0%
Like
0%
I Want This
0%
Meh
0%
Posted In
Gadget, Latest
Tags
drones
drones
About The Author