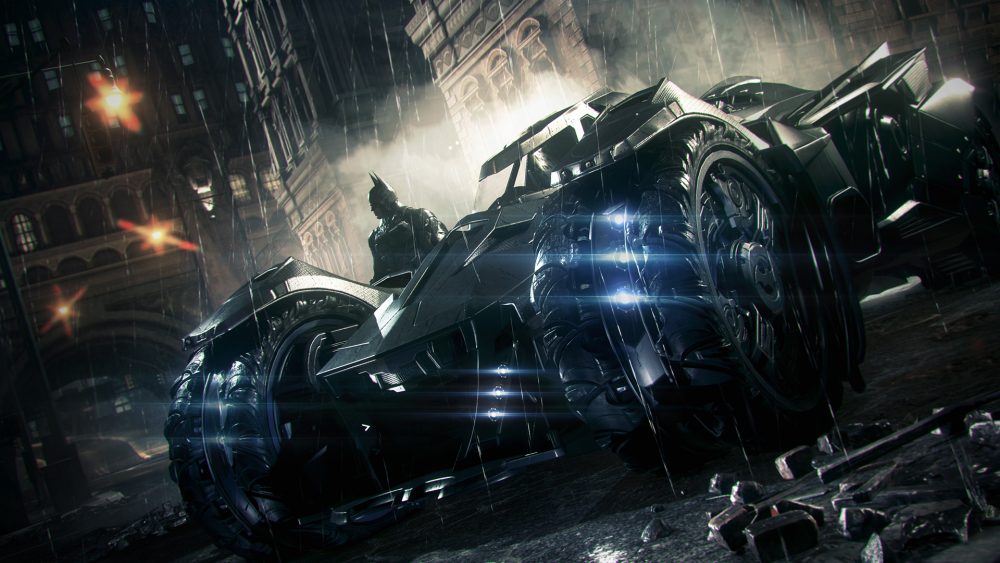 This year saw a slew of some awesome game launches. Along with that, we witnessed the prowess of the Xbox One and PlayStaion 4 and what these high-end consoles are capable of. With 2015 knocking on the door, what better time to explore what’s in store for us gamers in the coming year. A lot of promising new developers along with already established franchises, 2015 is expected to be a game changer for this industry.

There are some awesome projects in the making, hence lets jump onto our list of the most anticipated games for 2015:

From the developers of Dark Souls and Demon’s Souls, Bloodborne has all the elements of a gripping horror story. Despite having a similar feel to the Souls games, Bloodborne has a persona of its own, with a gripping gothic setting and new game mechanics. The game boasts different weapons that make combat all the more fun. Bloodborne is all geared up to make us face the Darkside and definitely one of the games to watch out for in the coming year.

This asymmetric shooter has the making of something special, which blends in teamwork and competitive play with real panache. It features some over the top shooting mechanics where co-op teamwork is not just a gimmick, but a necessity. Four players don the role of futuristic hunters, each having their set of skills and weapons.

Not one of your everyday shooters, the gameplay looks stunning and certainly one of the titles to watch for. Evolve will be coming 2nd February, 2015 for PC, PS4 and the Xbox One.

Stunning vast landscapes, great storytelling, and new combat mechanics await us in this massive open world game. The Witcher 3 has a bit of everything and following on from its predecessor; the game oozes quality and more depth. From everything we’ve seen so far of The Witcher 3, it has immense potential we just can’t wait to see what’s really in store for us.

The game is scheduled for a release on May 19 for the PC, PS4 and Xbox One.

Batman: Arkham Knight marks the return of Rocksteady Studios. Last year’s Arkham Origins developed by Warner Bros. was a bit of a disappointment. The game also marks the return of the veteran voice actor Kevin Conroy as Batman with Scarecrow being the Dark Knight’s nemesis. In this explosive finale of the Arkham saga, Batman faces his arch nemesis Scarecrow, who has united Gotham’s top evil geniuses including Penguin, Two-Face and Harley Quinn to destroy the Dark Knight forever. The game will feature the intriguing Batmobile, which apparently will form an integral part of the gameplay, for the first time in the franchise. A deadly combo of Batmobile and new gameplay mechanics should suffice hardcore Batman fanatics who have been longing for that complete Batman experience.

Arkham Knight is slated for a June 2 release and will be coming to the PS4, Xbox One and PC.

Creators of the Game of the Year 2013 (The Last of Us), Naughty Dog Studios is now focusing on its other hot property – Uncharted 4. Expected to be an explosive high paced Indiana Jones like adventure, it’ll be interesting to see what the game has in store. Moreover, some of Uncharted’s lead creators not a part of the studio anymore, we’re sure that The Last of Us directors Neil Druckmann and Bruce Straley have something special to do with the franchise.

Expect a well-paced cinematic adventure with some witty characters, certainly one of the titles to watch out for in 2015. No exact launch date has been announced for the game.

Slated for a release in 2014, Tom Clancy’s The Division was pushed back to 2015 with Ubisoft aiming to deliver something of a spectacle with the game. Three studios are working together on The Division namely Ubisoft Red Storm, Ubisoft Reflections, and Massive Entertainment.

It’ll be interesting to see how the game redefines the genre, touted as the most technologically advanced game in the making. With so much going on, Tom Clancy’s The Division by Ubisoft is worth the wait. The game will be released on PlayStation 4, Xbox One and Microsoft Windows though an exact launch date has not yet been specified.

Boasting a new open world approach, the Phantom Pain is all about a complex plot line, while the core of the game maintains those intense stealth mechanics. With Ground Zeroes already getting rave reviews, laying down a solid base for stealth action game, it’ll be interesting to see how it plays on the large scale Metal Gear Solid V: The Phantom Pain.

Long time fans of the franchise will be eager to see how the Big Boss takes the next step to becoming the warlord he’s destined to be. The game will be launched on the PlayStation 4, PlayStation 3, Xbox One, Xbox 360 and Microsoft Windows, though an exact launch date hasn’t been announced yet.

Rise of the Tomb Raider

The franchises’ 2013 offering reestablished our faith in the series, while the next installment in the Tom Raider saga shows a Lara Croft, who is broken. However, this is where she is strengthened by the experiences of the first game, and it’ll be interesting to see how her character evolves in the next game. The game is scheduled for a launch sometime in 2015 for the Xbox One, though an exact launch date has not been announced as of now.

One of the oldest franchises in video game history and soon to get its tenth installment – Mortal Kombat X. The game is expected to get bloodier and badder and is set to deliver the most brutal Kombat experience ever. In addition, the massive memory pool of current gen consoles will deliver cutting edge graphics along with new game mechanics which should make it all the more gnarly and brutal.

DICE’s reboot of the multiplayer shooter series, Battlefront just looks stunning; showing us glimpses of the ice planet Hoth and forests of Endor. But how the game will play, what kind of game modes it will have or if we will have a full-fledged single player campaign as well, still remains a mystery.

The game is slated for a late 2015 release for Microsoft Windows, PlayStation 4 and Xbox One. At around the same time when Episode VII hits cinemas next year, there’re sure to be some epic levels of hype surrounding the game.

Abhinav Mishra
iGyaan Network's Newbie, Abhinav Loves Gaming, Cars and Technology, You can Find Him on PSN Bragging About his FIFA Skills.
You Might Also Like
Games and GamingiGyaanLatest
Read More