The Nexus has been the star of Google’s Android stable, and each year the handsets have become more and more admirable. The new Nexus 6 is a complete overhaul , from what the nexus was intended to be, a developer phone. The Nexus 6 is a premium flagship that is meant to compete and defeat the real flagships and sort of set a precedent for performance and expectations of the users. Built to run the stock version of Android in the best possible way, the Nexus is also the first to get the latest software updates from Google, including the latest version of Android.

The Box of the Nexus 6 also shows the premium nature of the device. The packaging is high quality and the in box accessories are superior in built as well. In the box you get

The first experience with the Nexus 6 is great, it has a brilliant build that is apparent the minute you hold the device in your hands. The Nexus 6 is a large device, almost too large, sporting a mammoth 5.96 inch super AMOLED display with a massive 2560 x 1440 px resolution. The sides of the Nexus 6, unlike its predecessors, is all metal and rounded-off which translates to a great in hand feel. 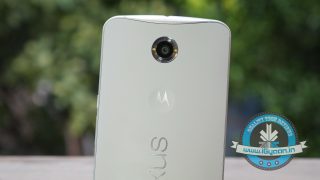 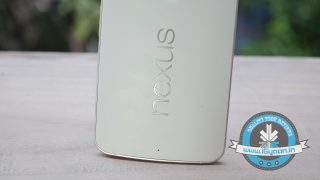 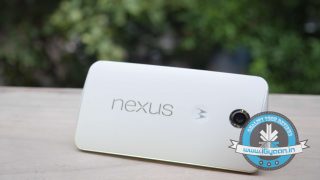 Some users may not get the earphones, but the Indian variant, from flipkart will come with earphones. So it might be a good idea to get from them if you are in India. Amazon US sells the phone for US $ 650 without contract, which translates to roughly the same cost as here.