Revisiting BlackBerry: The Rise and Fall of Canada’s Smartphone Star Just a few years back, BlackBerry was all the rage. In the pre-iPhone era, every celebrity flaunted their BlackBerry. The devices from the company were seen as a status symbol. At their peak, the devices held 43% of the American market. But soon Steve Jobs unveiled his baby, the iPhone, and Google got into the field with its Android ecosystem; they cornered BlackBerry out of the game. At present, the company holds only 0.5% of the market.

The smartphone market is just the brim of what BlackBerry does. The company has developed a plethora of products that are used worldwide by corporations and governments. We follow BlackBerry through its inception, its rise in the communications equipment world to its decline in the smartphone industry. BlackBerry was founded by Mike Lazaridis and Douglas Fregin in 1984 The first device from BlackBerry’s stable was the RIM-900, which was introduced in 1996 and was also known as the [email protected] Pager. This pager allowed users to receive and send messages over the internet via a wireless data network known as Mobitex, which was developed by Ericcson. It was followed by the RIM 950, introduced in 1998. It was a phenomenal success, to say the least. The messages could get forwarded to the device on the move. It was a giant deal back then; the only hitch though was that to receive email on the go, you had to leave your desktop switched on. The devices were appreciated by the top jocks of enterprises. People loved receiving messages on their belts as the device was kept in a holster. One CTO even called it digital heroin.

The company used some innovative techniques to market their products. During a launch in the Caribbean, they handed out scannable temporary barcode tattoos. These tattoos stored the user’s personal identification numbers (PINs). So instead of asking for each other’s numbers, people asked if they could scan their PINs.

By 2002, the company was bringing in devices with a “built-in mobile phone”. These devices ran on Java and transmitted data over normal 2G networks. These devices were targeted towards businesses, and they would enter the consumer markets much later.

One of the major devices from BlackBerry’s first-generation offerings was the BlackBerry Quark 6230. Launched in 2003, this device had a 34 key Qwerty keyboard. It had 160×100 pixel display and had a 16 MB RAM. This device found a spot in the prestigious Time magazine’s All-TIME top 100 Gadgets list in 2010. In 2006, BlackBerry’s official foray into the consumer market began with the BlackBerry Pearl family of devices. This bar shaped device was the first to get multimedia features. It included a media player and a camera. The 2 MP camera also had a self-portrait mirror at the back which let users take their own images, this was the first step towards the creation of the selfie generation.

The device flaunted GPS-enabled maps and had 64 MB internal memory that was expandable up to 16 GB MicroSDHC cards. The Pearl also replaced the scroll wheel for a tiny trackball that made it easier to access the phone’s function like a trackpad on a computer. A follow-up device was the Pearl Flip, which was BlackBerry’s first flip phone. 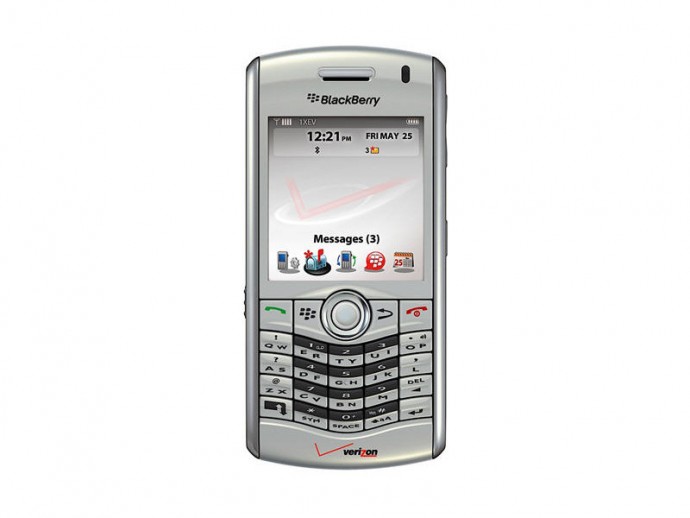 Come 2007 and BlackBerry launched the Curve, a prominent family of devices from the company. The family garnered excellent reviews but also received flak for the absence of 3G, Wi-Fi along with the lack of video recording. The BlackBerry Bold was one of the most popular form factor’s for the company.

In 2008, the company was at its peak with the launch of the BlackBerry Bold. This device introduced a whole new design feature which made them easier to use and type. It played around in the more premium segment of the market. This successful form factor would be later updated by BlackBerry in 2014 with a new device called BlackBerry Classic. In 2010, Blackberry attempted a change in their form factor with the BlackBerry Torch. It carried the physical QWERTY keyboard but also came with a sliding multi-touch display. The Torch 9800 was the first device in the line-up and it ran on BlackBerry OS 6. The device was criticized for offering lower specs in comparison to its competitors like the iPhone 4 and the Droid X.

In 2012, Research in Motion officially changed its name to BlackBerry. The BlackBerry Messenger or BBM was one of the most appreciated apps from the company. This default messenger on BlackBerry device was so popular that it was later released for Android and Windows devices. Initially BBM was exclusive to BlackBerry and users required BlackBerry PINs to interact with each other. With BlackBerry 10, users could use video calling. It is estimated that there are over 91 Million BBM users worldwide.

In 2014 BlackBerry decided to give an adrenaline boost to its messaging app and added a plethora of functionalities to it. It added a retraction function so that users could remove chats that they regret sending. It added HD picture transfer to send high quality images through the service. The update also introduced a Snapchat-like time limited messaging service.

After holding a considerable amount of influence over the smartphone market, BlackBerry’s market share has consistently depreciated. It now sits at a small corner reminiscing its glory days. This year after failed attempts at making touchscreen based devices, the company finally decided to go back to its roots. It decided to bring back the Qwerty keyboard-based form factor. Passport received mix reviews but was appreciated for its unique features.

The company launched a unique device called the BlackBerry Passport. The device has a 1400X1400 pixel square display. It features a keypad that doubles as a trackpad. The device got a lukewarm response by the critics and received flak for being too wide to be held by one hand. The device though did good business in the festive season and held the top spot in Amazon’s Black Friday Sales. BlackBerry returned to its original form factor with the Classic Q20.

BlackBerry also launched a second device by the end of 2014 called the BlackBerry Classic. This was a kind of a follow-up to the BlackBerry Bold series and has the same form factor. The device sports a Square 3.5-inch 720p LCD display, and comes loaded with the latest specs in a retro design. This might be the device for hardcore BlackBerry enthusiasts to cherish the good old days. At a point, BlackBerry was growing in popularity. Its success had turned Waterloo into a sort of Canadian Silicon Valley. At present, there are over 1000 companies operating there with a combined annual revenue of $30 Billion.

During the damaging Sony Hack by alleged North Korean hackers, BlackBerry phones came really handy. Because of their unmatched security standards, senior executives used the old BlackBerry phones that were stored in a basement. BlackBerry devices are used by top government and corporate honchos to keep their messages secure.

BlackBerry is still in the business, but its market share has been steadily declining for a while. It will be interesting to see how the step of returning back to the basic design format works out for BlackBerry. The company has some great technologies under its belt to share with the world, provided it withstands the challenges of the brutal smartphone business.

likethis
What's your reaction?
Awesome
0%
Epic
0%
Like
0%
I Want This
0%
Meh
0%
Posted In
Blackberry, Latest, Mobile
Tags
blackberry
blackberry
About The Author