Computers have come a long way in the past couple of decades. From giant machines that took up an entire room, they have shrunk down to fit in the palms of our hands. But there has been a wide disconnect between what a user sees on the screen and what happens in the background. During the early era of computing, people would just tinker around and learn to program with minimal technical skills, but with the passing of time, programming has become more and more specialised. In times like these there is a need for a cheap computer that can take the brunt of a new programmer’s enthusiastic experiments. The answer comes in the form of a credit card-sized computer called the Raspberry Pi.

Raspberry Pi is the brainchild of Eben Upton. He first came up with the idea of the Raspberry Pi back in 2006 while working in the Computer Laboratory of the University of Cambridge. He saw the poor programming skills of students and wanted to make it easier for them to experiment with computers. His intention was to make a computer that was cheap so that budding programmers could easily tinker around with it without worrying about damaging the device. Raspberry Pi aims to simplify the understanding of computers.

Raspberry Pi is basically a self-contained computer. The Raspberry Pi Foundation was established in 2009 while the first versions was launched in 2012. Model A came with 256 MB of memory and 1 USB port while Model B came with 512 MB of storage and 2 USB ports. Both models were powered by a 700 MHz single core CPU that could be overclocked to 900 MHz. You need to attach a monitor, keyboard and mouse to get the device working. The storage for the user comes in the form of SD cards; the device can handle up to 632 GB of storage.

So now you have your Raspberry Pi board, you need to set it up before you can start with your experimentation. The board requires you to have a computer ready before you can go forward. The foundation page offers a quick start guide that is fairly easy to follow.

First of all you need to get a class 4 SD card with 4 GB or higher storage space. Next you have to format it and install the New Out Of Box Software(aptly abbreviated as NOOBS). Now put the SD card in the Raspberry Pi and it will offer you with a list of operating systems that you can boot into.

Raspberry Pi can be used as a base to create a lot of hardware. People have fashioned an entire keyboard made out of Beer cans to drones through this humble board. The possibilities with this tiny board are endless.

The official coding language for the Raspberry Pi is Python. You can find varied kinds of codes on the internet along with tutorials that you can follow to make the best out of your board.

You can write your own game on the board, create your server, and bunch together a lot of boards to create your own supercomputer. You can also place the board on a monitor and have an extra system that takes care of your downloading needs while you concentrate on work on the main system. With a little bit of tweaking you can convert the board into a phone, with that knowledge in hand, you can become the guy who restores communication after an apocalypse.

You can beautify your Raspberry Pi Board by creating a case for it. If you are not the arts and crafts type, there are a variety of cases to choose from in the market. Choose the one that matches your personality and get creating. 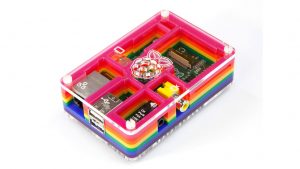 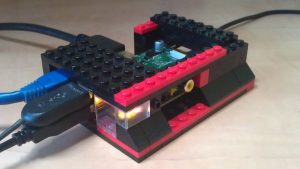 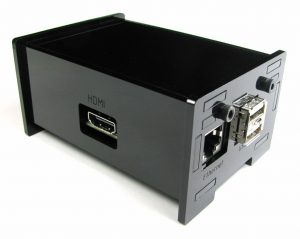 What’s Next For Raspberry Pi?

The Foundation recently launched Raspberry Pi 2. The Board gets a lot faster over its predecessor and comes at the same affordable price of $35. The device is powered by a 900MHz quad-core ARM Cortex-A7 CPU along with 1 GB LPDDR2 SDRAM. The device will run Windows 10 and Ubuntu and will let the users play around in a known ecosystem. It will also let the users run Windows tablets and PC apps on the Raspberry board.

With all these amazing capabilities that Raspberry Pi has to offer you have to be at least intrigued by the possibilities of the device. If you have the slightest bit of inclination to understand how computers work; then you can start making a unique computer all by yourself with this board. Raspberry Pi is the one of the best things to happen to computers since the advent of desktop computers. So don’t wait up and get tinkering.

likethis
What's your reaction?
Awesome
0%
Epic
0%
Like
0%
I Want This
0%
Meh
0%
Posted In
Computing, Latest
Tags
About The Author

Happy Nagashetti
iGyaan Network's newbie Happy is a Technological Hedonist, Traveller, Photographer, Curious Humanoid and a giant foodie who is always pumped up for new adventures.
You Might Also Like
ComputingLatest
Read More