Who Is Thanos And What Are The Six Infinity Stones?

by Vivek UmashankarMarch 19, 2018
1
Now Reading
Who Is Thanos And What Are The Six Infinity Stones?
Browse This Page The latest Avengers: Infinity War trailer has extremely hyped up the upcoming movie. The Avengers franchise has so far had the core members playing a pivotal role. But, the new trailer gives a glimpse of what happens when the whole MCU is condensed into one film. From Guardians of the Galaxy to Spider-Man to Dr Strange, everyone made an appearance in the trailer. While the last Avengers film had the superheroes battle Ultron, this time around Thanos will be in the epicentre. So, who is Thanos and what are the 6 Infinity Stones he keeps rambling about?

For the first time, Thanos was teased in The Avengers, which was released in 2012. In fact, he had a cameo in “Guardians of the Galaxy” as well. He was born with a malformation, which explains his oversized body. Thanos also goes by the name “Mad Titan,” because he was born on Saturn’s moon, Titan. Three things that Thanos preys on are power, death and killing.

Due to his oversized body, he has a rancour against the remaining universe.  He rules the alien race Chitauri that invaded the earth in the first Avengers movie. As he is eternal, he has many super strengths. He has a skin which is impervious to heat, cold, electricity, and radiation. In fact, it can also withstand a psychic attack. He can shoot cosmic energy from his eyes and hands. On top of that, he is cursed by death to be “immortal”. It will be very interesting to see the plans made by Avengers to stop Mad Titan.

In the trailer, Thanos has a golden glove on his left hand, with six grills. According to Marvel Comics, the glove is called the Infinity Gauntlet, which has the space to house the six infinity stones. Those who possess those six infinity stones will gain infinite power. In fact, the six stone’s alternate name spells Thanos (Tesseract, Aether, Orb, and Scepter). Also, Dr Strange has one Infinity Stone in his necklace. 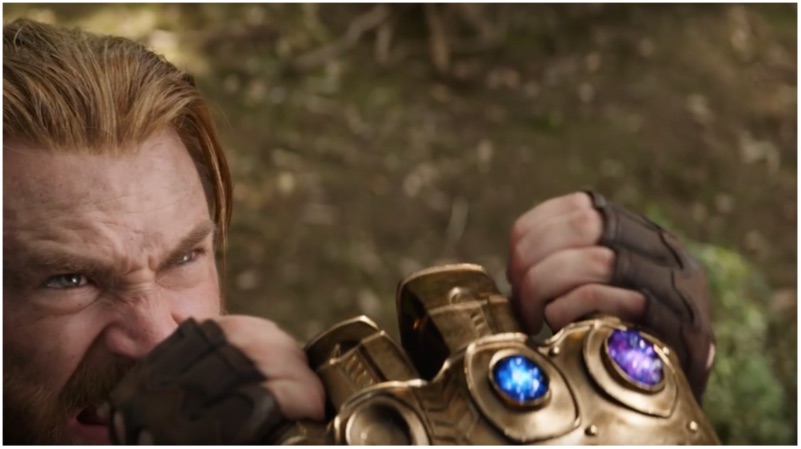 The Infinity Stones were formed when the universe exploded into existence and parts of the universe were intensified into six infinity stones.