Interesting Facts About PUBG That You Probably Did Not Know

by Yashonil GuptaApril 6, 2019
0
Now Reading
Interesting Facts About PUBG That You Probably Did Not Know
Browse This Page

PlayerUnknown’s Battlegrounds or PUBG has become a worldwide sensation since its launch in the year 2017. The game has seen an exponential amount of exposure which further increased when it was announced for smartphones. PUBG Mobile was launched last year for iOS and Android devices and has since transcended into a pop culture icon. But despite being so popular, some interesting facts about the game are still a mystery. So here are interesting facts about PUBG that even most hardcore fans don’t know. We all know the game, but do we know the man behind it? Brendan Greene is credited as the creator of PUBG. The Irish born game developer got the idea of the game after reading the Hunger Games books. It is said Greene did not know anything about programming and learning it in order to develop the game. In recent news, Greene has said that the sequel to the game, purportedly PUBG 2 is not in the schedule and might never get released as he is done with Battle Royale as a whole.

The Reason Behind The Name

The full form of PUBG is PlayerUnknown’s Battlegrounds as mentioned above. The name is pretty weird and not exactly relevant, and there is a good reason behind it. It is because the creator of the game Brendan Greene was also an avid gamer, and the name he used for his player in the games he played was Player Unknown. All of it makes so much more sense now.

The Rarest Item In The Game The Virtual Red Bandana is one of the rarest items in PUBG. When the game was launched in 2017, the pre-orders were bundled with the item and was available in loot boxes. After a while, the boxes stopped or rarely featured the bandana so its rarity increased manifolds. Kotaku reported the same year that a user bought the in-game item for as high as US$ 1000 (Rs. 69,000). PUBG holds the world record for the most simultaneously played game of all time. In December 2017, the game hit 3,106,358 people playing the game simultaneously. Interestingly, the game broke its own record it made in September the same year. Even today, PUBG is in the top five most played game by current count. We all crave for the phrase “Winner Winner Chicken Dinner’ to appear on our screens, announcing our triumph in PUBG. But the phrase wasn’t invented by the game or its creator. It is said during the great depression, a period in the 1930s of economic crisis when people used to gamble. If they played with money and won, they could afford a chicken for dinner. With time, the phrase caught on and became what it is today. Fortunately, we don’t have to gamble to get the chicken dinner for ourselves.

How Erangel Got Its Name Erangel is the most recognised and the primary map in PUBG. But does the name mean anything or is it just fictionary? The name Erangel was inspired by the creator Brendan Greene’s daughter Eryn. So combining ‘Eryn’ with ‘Angel’ gives us one of the most recognisable places by any gamer who has played PUBG. 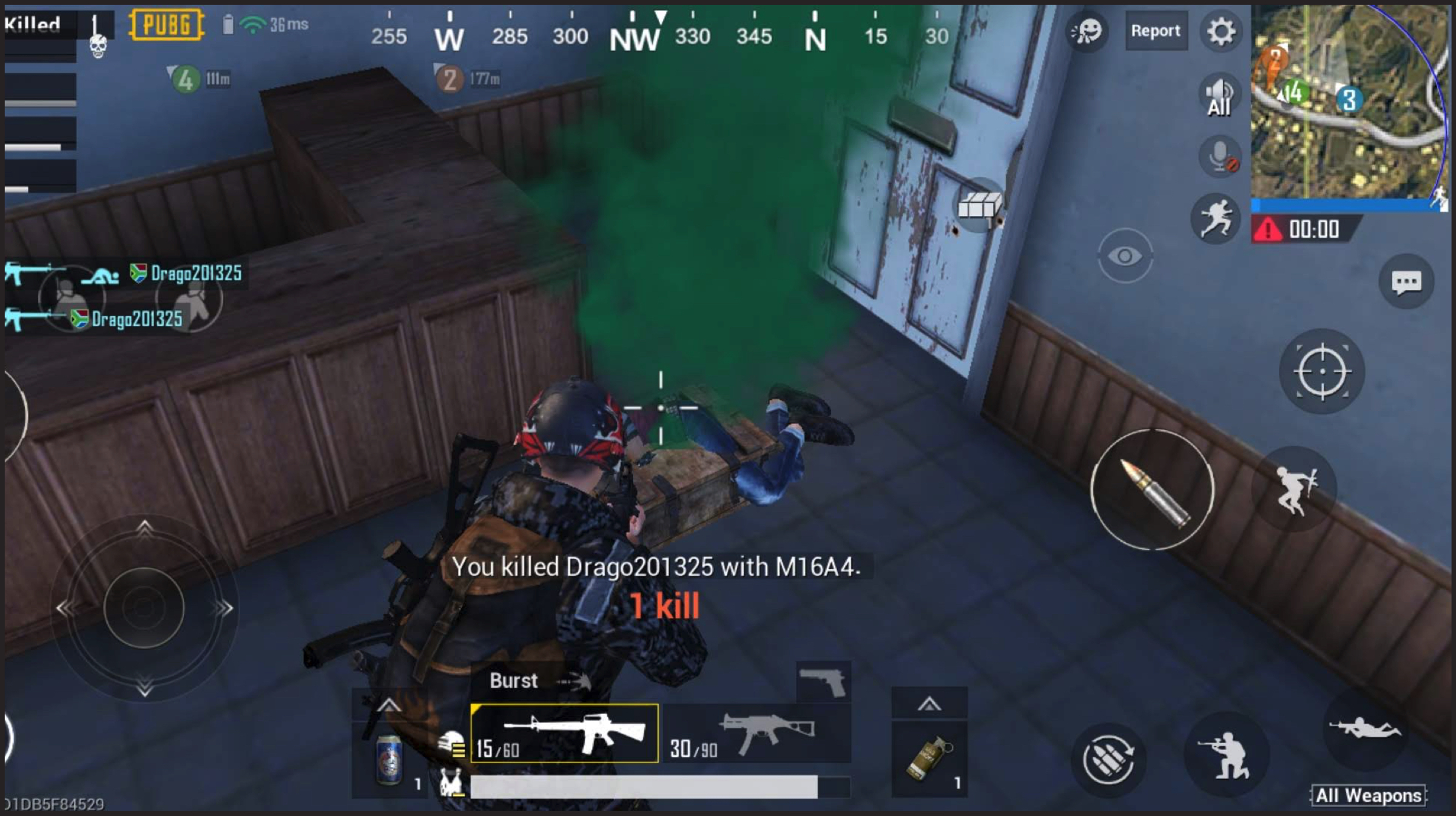 If you’ve been playing PUBG Mobile for a while now, you would know that the game has bots in places. They are AI generated players that are purposely bad at shooting. But why introduce them in the first place when there is no lack of players in the game? It is said to ease new players to the game, they are made to play in a game with mostly or all bots. This is said to be done until level 10. It is subjective, but many people still think bots ruin the intense, action-packed gaming experience that it so promises. The parent company of PUBG for PC and consoles, Bluehole corporation didn’t spend any money on advertising the game. It is claimed to be because the word of mouth was so strong that they didn’t need to. On the other hand, PUBG Mobile is one of the first mobile games to have its advertisements broadcasted on television in India. This should give you an idea of how popular the game really is. If you’ve played the Erangel map in PUBG enough, there is no need to introduce what Pochinki is. The location on the map has become famous due to it being in the middle and having good hiding spots. But did you know there are several rural localities in Russia named Pochinki? And that Yasnaya Polyana, another famous spot on the map is a writer’s house museum, and also the former house of famous author Leo Tolstoy. Guess there is more to reality than is to fiction in PUBG.

Cheating is never tolerated anywhere in the world. PUBG is the same, as many people, who allegedly cheated in the game have been banned for as much as a 100 years! According to the company, cheating is defined as using inappropriate programs, bug abuse, etc and can result in a permanent ban. So if you get banned for 100 years, make sure your grandchild takes home the chicken dinner for you.