Recently Asus introduced the successor to its affordable Zenfone series, the Zenfone 2. The company also announced that there are three variants of the device that would share the Zenfone 2 name. Chinese tech giants, Xiaomi and OnePlus, who have successfully created a niche in the Indian market, may find themselves facing severe rivalry in the mid-range category. The Asus ZenFone 2 box consists of: The phone is expected to launch on 23rd April, exclusively on Flipkart with an expected price tag of Rs. 19,000. The device comes with a 5.5-inch 1920x1080p IPS Display, protected by Gorilla Glass 3. It is powered by an Intel Atom 23580 Quadcore processor with 2.3 GHz CPU. One of its notable features is that the phone comes with two variants of RAM; 2GB RAM and 4GB RAM. The one we unboxed came with 4GB RAM. The juice is supplied by an adequate 3000mAh non-removable battery and the smartphone comes pre-loaded with Android 5.0 Lollipop.

The device is well-built and similar to the LG G3, and HTC One M8 in terms of its colour finish. Its User Interface was clean, fast and responsive. In our initial impressions, we did not experience any lag.

Asus Zenfone 2 has a 13MP primary camera and a 5MP front camera. The dual LED flash paired with the rear camera, comes in two colours, to help you get the right white balance. Both the microphones consist of the noise cancellation feature, thus enabling you to talk with least hassle. 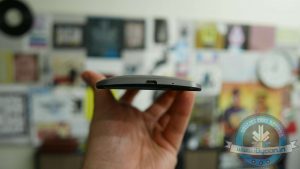 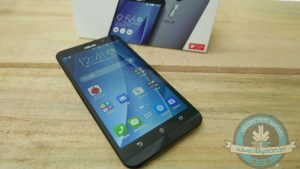 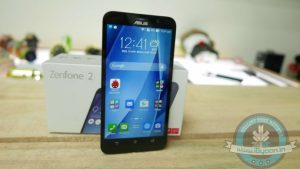 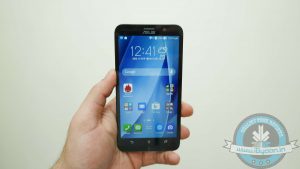 To get a clearer idea of the specs, you can check out the table below:

Check out the in-depth video below

Rishi Baruah
iGyaan Network's newbie Rishi Baruah is a musician hailing from Mumbai. He plays drums for a Delhi-based band and specializes in Concert Photography. Oh yes, he can cook up a mean four-cheese pizza.
You Might Also Like
AsusLatestUnboxing and Hands On
Read More