6 Tech Achievements Predicted by Back to the Future 2

by Sanket VijayOctober 21, 2015
0
Now Reading
6 Tech Achievements Predicted by Back to the Future 2
Browse This Page Our apologies for focusing on Apple and Samsung for so long when there are people out there making hover boards. The world needs more hover boards and other technologies that Back to the Future expected from 2015.

Yes, we are celebrating the 30th anniversary of the cult and cultural phenomenon that is Back to the Future. Released in 1985, the first Back to the Future was all things groundbreaking, had everything a science nerd could ask for including a time-travelling DeLorean, Marty McFly and Doc Brown, ’nuff said. The massive success of the first movie led to a trilogy.

If you watched the equally awesome sequel, Back to the Future Part 2 (1989), you’d remember that Marty traveled 26 years into the future, or more precisely, October 21, 2015. And that’s today. Fans of the movie have been eagerly waiting to see if the 2015 as shown in Back to the Future 2 matches the 2015 of today. The movie promised flying cars, flat TVs, hover boards, Artificial Intelligence and a championship season for the Chicago Cubs. Well, we can’t say much about the Cubs, but how about all that technological stuff?

Flat TVs are already here and have been here for a while, so we can check that off the list. Flying cars are still a way off so we might have to wait a few more years before that can happen. It’s the 21st of October, 2015, so let’s see if our present is what Marty saw 26 years.

One of the coolest moments in the sequel was when we saw Marty riding a hover board. Back in the ’80s this was a pretty exciting scene on the big screen mostly because people were only aware of a normal skateboard. For fans like myself, this remained something awesome even in the early ’00s.

The hover board needed three specific requirements to work: the ability to hover above ground, the ability to bear your weight, and the ability to last long. While these aspects were seen fulfilled in the movie, it took a long time for reality to get there, but we finally did get there. There are a number of prototypes today that have actually succeeded in making the hoverboard a reality.

Take the Hendo Hoverboard, for example. In 2011, Greg Henderson invented a hover board that used four maglev engines to rise about an inch off the ground and a 135-kilogram payload. However, the battery lasted only about seven minutes. But this was just the start. Unveiled in August 2015, the most recent hover board created by Lexus is undoubtedly awe inspiring. It’s a prototype hoverboard that uses magnetic levitation technology. The board has two reservoirs of superconducting material that’s kept at -197 degrees C through immersion in liquid nitrogen and can be operated when placed above a track that contains permanent magnets.

The video showing the board in action makes you want to scream out “Great Scott!” like Doc Brown. Watch the it below and imagine how Marty would love getting on to one of these babies.

Way before Siri even entered the picture, artificial intelligence already made its appearance on many sci-fi movies, and of course, Back to the Future as well. AI is a process of ‘deep learning’. The ability for a computer to understand human language and respond precisely is something almost every major tech brand today is working on to perfect. AI assistance like Siri and Cortana (first seen in the Halo series) have all drawn inspiration from movies like 2001: A Space Odyssey which featured HAL, the computer in charge of the spaceship.

AI has come a long way and today it’s become extremely intelligent. And yet, AI knows no bounds. Developers are still exploring, looking at how far and wide AI can reach. Today, AI looks to please consumer needs, so much so that physicists like Stephen Hawkins worry about intelligent machines taking over the world.

In the movie, when police officers dropped the 1985 Jennifer to her 2015 home, they had to use her thumbprint to enter the house. The door did not have a typical door knob lock. The thumbpad was also seen on currency devices used by taxi drivers in the movie.

Biometric doorknobs are currently present in the market and work just like they do in the movie. Even smartphones and other gadgets use fingerprint scanners these days for a variety of purposes including that added safety that you need to keep your device protected. 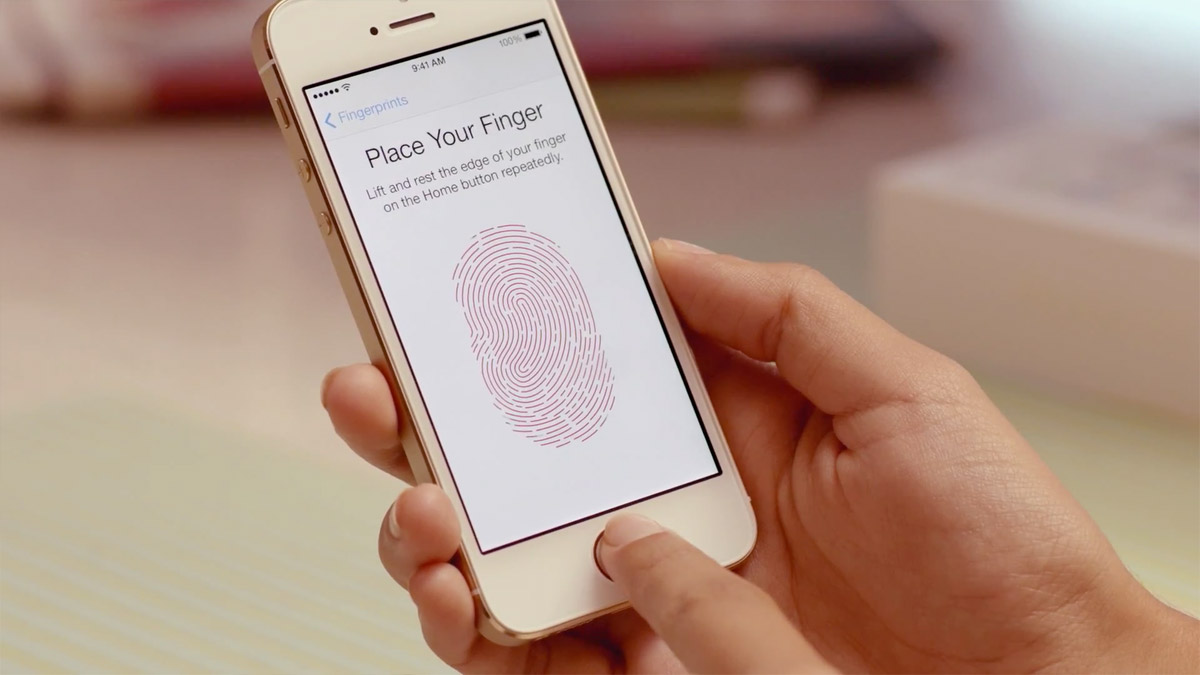 Throughout the movie, you find a number of visual gadgets being used for a number of reasons. You have a flat-screen TV for video conversations, robotic waiters in the shape of flat screen monitors, and you also see a tablet. 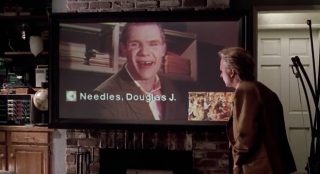 Small flat-screens have have been in existence since the 1960’s, but it wasn’t until 2005 that the LCD and Plasma screen TVs took over the traditional Cathode Ray Tube TVs, and could also be mounted on walls like you see in the movie. Now for tablet computers. In the movie, Terry walks up to Marty and asks him to pay via a thumbprint on a pad. It’s interesting to see that the thumbpad is mounted on what looks like a tablet computer. Many years after this you would see Apple making the very first tablet called the iPad.

Back to the Future 2 also foresaw visual glasses. In a dinner scene with his future kids, Marty Jr. and Marleen are seen sporting electronic video glasses that can also make and receive phone calls. Interestingly, the scene also shows Marty’s mom hydrating a 2-inch pizza in a Black&Decker machine to a size that could easily feed four. Sadly, this technology has not yet been invented in reality by the company yet.

In recent years, we have seen Google trying to create tech goggles with Google Glass. There’s also the more popular Oculus Rift gaming headset. With these devices in the works, virtual reality is not far. Microsoft also recently announced HoloLens which is supposed to bear some resemblance to junior Marty’s glasses. Marty’s self-tying shoes were one of the more bizarre but neat inventions when he visited 2015. As the name suggests, they were shoes that could tie the laces by itself, and they were Nike. As a homage to the movie, Nike designer Tinker Hatfield has confirmed that the team is working on the very same self-tying shoes as seen in the movie and hopes to have them ready for sale by the end of 2015. It’s a beautiful thing when fiction meets reality, isn’t it now? 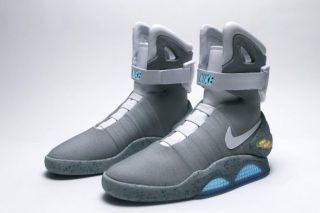 Finally, we had to add this last one in because it’s too brilliant to leave out. Among the things Marty saw in 2015, there was Jaws 19 being shown at a theater. Let us assure you that there is no Jaws 19 in existence and the series ended with only three sequels being made, none of which were as commercially successful as the original.

Jaws 19 was one of the few false predictions in the movie (no flying cars yet), but that didn’t stop Universal Pictures to release a trailer for a fake Jaws 19 movie in celebration of Back to the Future’s 30th anniversary. The trailer is hilarious and you can’t help wonder at how spot on the naming of the titles are if it were true.

Sanket Vijay
When not indulging in reading or writing, Sanket fanboys over The Flash, Star Wars, Coldplay, and U2. And pizza, he loves his pizza. Follow him on Instagram for more.
You Might Also Like
EditorialLatestTech
Read More