ASUS today announced the launch of its ZenPads in the country. The devices which had been released earlier in August at the Zen Fest have finally made their way here and will be available on sale on Flipkart and in exclusive ASUS stores. Out of the three variants of the device, ZenPad 7.0 has been made available immediately while ZenPad 8.0 and ZenPad C 7.00 will be up for sale by the end of October. The three variants are as follows:

The device has a display of 20.3 centimetres and a Qualcomm MSM8929 64-bit Octa Core Processor. The inbuilt memory is marked at 16 GB, the main camera at 8 MP and front camera at 2 MP. ZenPad 8.0 is available in 2 colours Obsidian Black and Aurora Metallic and comes at a price of  Rs.17,999 with audio cover, and Rs.14,999 without audio cover.

With a display of 17.7 centimetres, ZenPad comes with an Intel Atom x3-C3230 Quad Core Processor. The internal memory is of 16GB, main camera  of 8 MP and front camera of 2 MP. ZenPad 7.0 is also available in the same colours – Obsidian Black and Aurora Metallic – and is priced at Rs.14,999 with audio cover, and Rs. 11,999 without audio cover. This gadget has the same display size as ZenPad 7.0 and is equipped with an Intel 64-bit x3-C3230 Quad-core Processor. The device has a 5 MP main camera and a 0.3 MP front camera. ZenPad C 7.0 is available in three colors – Obsidian Black, Glamour Red, Aurora Metallic, and is priced at Rs.8,999. 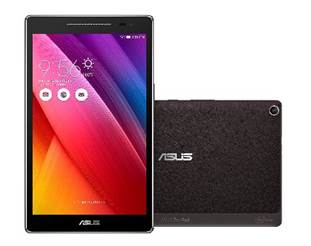 The arrival of the ZenPads is followed by ASUS’ decision to manufacture its smartphones, Zenfone 2 Laser and ZenFone Go in India. As for the ZenPads, the price seems to be a comforting factor, especially in the wake of the latest Apple and Googe devices about to be launched in the country. Let’s see how the Indian market respond to them.
likethis
What's your reaction?
Awesome
0%
Epic
0%
Like
0%
I Want This
0%
Meh
0%
Posted In
Asus, Gadget, Latest
Tags
india, launch, ZenPad
india, launch, ZenPad
About The Author