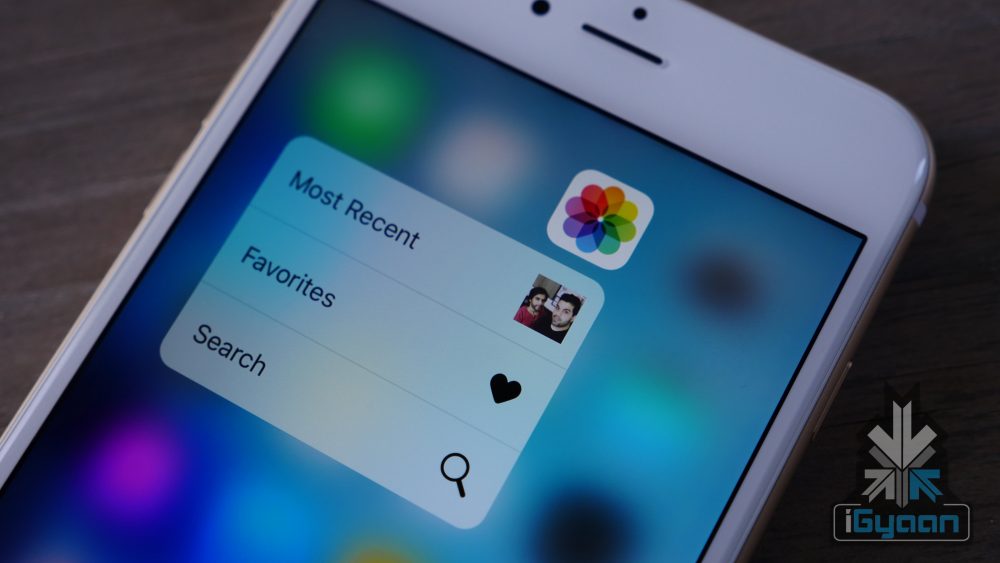 Many would say that Apple was the first to bring 3D Touch pressure sensitive screens to smartphones. There are those who contest that the technology has been employed much before that. While you are free to choose your side, there is no denying that 3D Touch or Force Touch technology is here to stay. This fact has been accepted by companies like HTC, Meizu, Xiaomi, Oppo and many other OEMs as they all are rumoured to launch smartphones this year with pressure sensitive screens.

Recent rumours have suggested that HTC’s upcoming Nexus smartphone(s) will incorporate 3D Touch functionality. However, HTC will not be the first Android device to do so. Huawei already pushed out the feature with its Mate S smartphone.

Meanwhile, it also appears that Meizu’s upcoming Pro 6 will feature 3D Touch functionality as well. Weibo recently posted an image of what you can expect from the feature on the Pro 6 and it appears to work just like the iPhone 6s’ Peek and Pop. Force touching the display will bring up a context menu with options on top of a blurred background. Apple’s 3D Touch in the recently launched iPhone 6s did exactly what the company had wanted. It was a smooth, no fuss feature that changed that way a phone could be operated. Apple played it smart too, keeping minimal functionality of its 3D Touch feature, restricting it to basic quick access features when, in fact, a pressure sensitive screen could have been used in unimaginable ways. There are literally a hundred untapped uses for pressure sensitive screens.

However, by restricting what developers can do with the 3D Touch, Apple can make sure there isn’t any unnecessary fragmentation. Yes, Apple’s 3D Touch functionality currently lacks novelty which works for Apple. But this is where Google can jump in and explore the full potential of 3D Touch. Rumours have it that Google plans to incorporate the pressure sensitive technology as a native feature in Android. This will help make the technology common for Android users, and will boost adoption rate. Furthermore, this will also push app developers to come up with creative ways to allow users to fully utilize the technology. It is common knowledge that Apple is very choosy about the apps it lets in its App Store.

Where Apple may be restrictive about the way developers use 3D Touch, Google has the opportunity to let developers play with the feature a lot more. What one can expect to see, once 3D Touch becomes native to Android, are apps that will likely do a lot more than simple Peek and Pop function. 3D Touch has the potential to take mobile gaming to the next level, and this is something Google will be keen on in the future. It is also interesting to note that prior to the launch of the Galaxy S7 and S7 Edge, rumours were abound that Samsung would incorporate its own version of 3D Touch and was working with Synaptics to do so. This, however, never came to be. Perhaps Samsung wanted to wait until Google nativized 3D Touch before having it in its flagship device. Whatever may be the case, it looks as if 3D Touch is being embraced by many OEMs and it’s only a matter of time that pressure sensitive displays become the new norm for smartphones.

Sanket Vijay
When not indulging in reading or writing, Sanket fanboys over The Flash, Star Wars, Coldplay, and U2. And pizza, he loves his pizza. Follow him on Instagram for more.
You Might Also Like
AndroidLatestTech
Read More