Convert 2D display to a 3D display with the Pic3D Film

by Anand KapreJuly 6, 2011
0
Now Reading
Convert 2D display to a 3D display with the Pic3D Film
Browse This Page 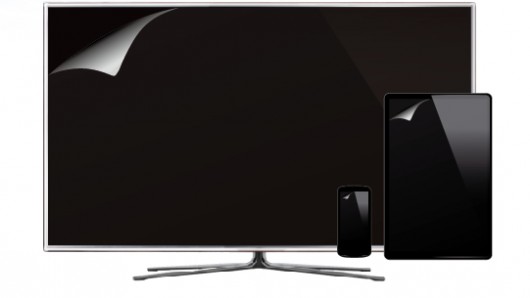 Japanese company Global Wave, has come up with a technology that can convert a 2D display into a 3D display. They have developed a film that can be stuck onto any display, which allows you to enjoy 3D content. The film works on all devices including smartphones, Monitors and even the iPhone and iPad.

The film is called the Pic3D and is based on a lenticular lens system which basically creates 2 serperate images, one for the left eye and one for the right, at slightly different perspectives, which creates the illusion of depth. The film was designed to be used with stereoscopic content. In case you have regular 2D content, you can download the software from the company’s website and it allows you to view the regular 2D content in 3D.

The film allows 90% of the screens brightness through with viewing angles as wide as 120o. The film will be available from the Global Wave website in August with prices ranging from $25 for the iPhone and iPod Touch to $189 for a 23″ display film.

Anand Kapre
A gaming freak, A Computer geek and an important role player at iGyaan.in . He also is a maniac cook( loves his grill) and the founder of minecraft.co.in. Anand is dedicated to testing the devices to their core and finding the useful from the lifeless.
You Might Also Like
GadgetLatestTech
Read More