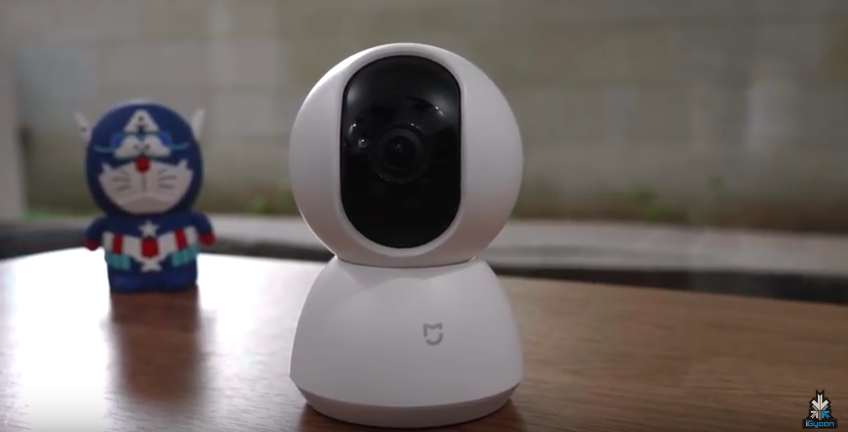 Xiaomi has a lot of cool tech to showcase in its smart products lineup. The Xiaomi Mi 360 Wireless Camera is another top offering from the Chinese manufacturer at an affordable price. This security camera looks after your house/office while you take a much-deserved nap.

The Mi Wireless Camera is available in two variants, one that captures footage in 720P and one in 1080P. Priced at USD 37 and USD 78 respectively, the device has everything you need in a security camera. To set it up, you need to download mi home app on your smartphone and scan the QR code to connect. Once connected, it will start streaming will start to stream footage directly to the app on your smartphone. As the camera is tied to your mi account you can securely view live video from anywhere in the world provided the camera is connected to Wi-Fi

The size of the camera is compact and it is lightweight. You can mount the camera on a wall or place it anywhere in your home or office. At USD 37 and USD 78, it is an extremely competitive alternative to a lot of expensive pan-and-tilt security cameras. Speaking of pan-and-tilt, the Mi Wireless Camera has a 360 pan along auto-follow mode which is enabled because of motion sensors.

The Mi 360 Wireless Camera ships worldwide for free and the customs may vary from area to area if you plan on buying one.

Vipul Vij
Always found in a Hooded Shell, Excited by technology, tortured by his eating habits. Handles content at iGyaan.
You Might Also Like
GadgetiGyaanLatestTech
Read More