Google’s next in the Pixel lineup, the Pixel 2 and the Pixel XL 2 are set to release later this year. Google’s 2017 Pixel smartphones have been at the centre of various rumours for a while now. Though no official announcements have been made yet, the speculations and leaks have offered a good enough idea about how the next flagship devices will turn out to be.

New reports have surfaced, offering further insight to the Pixel 2. The current updates confirm few of the earlier speculations, like the lack of a headphone jack and offer the first live image of the device. 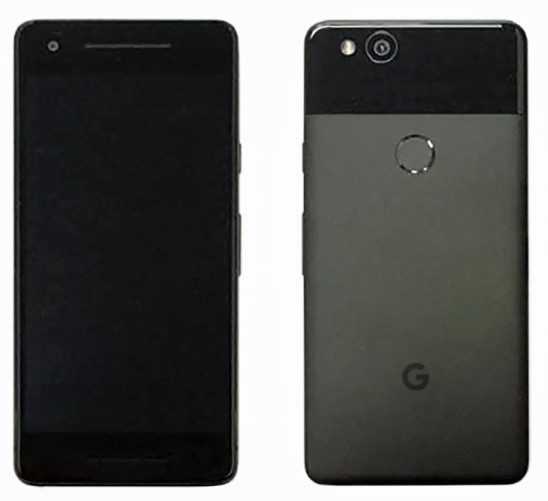 The image shows that the Pixel 2, contrary to the past leaks, will adopt a similar design of its predecessor. The top and bottom bezels on the front side remain just as large as last year’s Pixel. Whereas, its larger sibling, the Pixel XL 2 is reported will have have the top bezel cut-out similar to the iPhone 8.

Apart from that, both the Pixel 2 and the Pixel XL 2 are expected to feature a 5-inch and a 6-inch curved glass around the flat OLED display. Speculated to have an improved processor and a single-lens, dual-flash rear camera setup, both the devices will most likely be water resistant and are expected to run on Snapdragon 835 chipset and with 4GB RAM and 64GB onboard storage.

On the design front, the smartphones will have the back panel similar to the Pixel. However, this time the rear has been redesigned to match the Pixel XL’s shorter glass frame that no longer encompasses the fingerprint sensor.

According to the reports, Google’s Pixel 2 and Pixel XL 2 will be manufactured by LG, whereas, the last year’s Pixel lineup was manufactured by HTC. Despite the change of hands, the upcoming Pixel 2 and Pixel XL 2 will feature HTC’s squeezable frame. And though the reports of Google ditching the 3.5mm headphone jack seem to be in tandem with the current speculation, the recent image also showcase front-facing stereo speakers in both the devices.