by Vipul VijSeptember 15, 2017
0
Now Reading
Pixel 2 And Pixel XL 2 To Launch On October 4th – Here’s What To Expect
Browse This Page Google just announced that the Pixel 2 and Pixel XL 2 will be launched on October 4th. The two of the most anticipated Android OS devices will go on sale subsequently in global markets in late October. The price of the two new phones has not been revealed but, rumours suggest that the phones will be priced a little higher than the previous gen because of the bumped up storage variants. Here’s what to expect from the Pixel 2 and Pixel XL 2

The smaller sibling of the two will have a 5-inch 2560 x 1440 px AMOLED display with thick bezels around it. A recent FCC filing leak revealed that the Pixel 2 will have HTC U11’s ‘Active Edge’ feature which allows users to squeeze the frame of the device and launch an app or perform an action like taking a picture. Under the hood, it was rumoured to have the Qualcomm Snapdragon 836 chipset but, Qualcomm came out and said that it has no plans of launching a Snapdragon 836 chipset, which means the Snapdragon 835 will make its way into the Pixel 2. Google’s event announcement video said that the new Pixel phones will solve the issue of storage. This could mean 64GB onboard storage will replace 32GB as the base variant and might also introduce microSD card support. The fingerprint sensor will remain at the back of the device and the “glass window” will be smaller this time around.

In terms of optics, the Pixel 2 will have a single camera at the back but leaked images suggest that camera sensor will be bigger this time. Last year’s Pixel and Pixel XL were very well received for their camera performance and expect something similar in the 2nd gen smartphones as well. The headphone jack is expected to be missing on the Pixel 2 as well. The Google Pixel XL 2 will have a 6 inch 2560 x 1440 AMOLED display with an 18:9 aspect ratio due to thin bezels. this translates into a more 2017 flagship look and will be a departure from last year’s Pixel devices’ design. The glass window at the back will reportedly be smaller and the fingerprint sensor will sit below it. Improved Google Assistant functionalities are expected to enhance the user experience. Although initial leaks of the Pixel 2 suggested a missing headphone jack, Google might remove it from the Pixel XL 2, too.

As is the Pixel 2, the Pixel XL 2 will have Qualcomm Snapdragon 835 chipset and run Android 8.0 Oreo out of the box. The base storage variant will be 64GB with 4GB or 6GB of RAM. The ‘Active Edge’ technology will make its way into the Pixel XL 2 as well and is expected to an improvement over HTC’s implementation in U11. The battery capacity will likely remain 3500 mAh, just like the Pixel XL from last year. The Pixel XL 2 is expected to have a single camera at the back, which is not a bad thing, as many phones with a single camera still perform and compete with dual-camera setups. 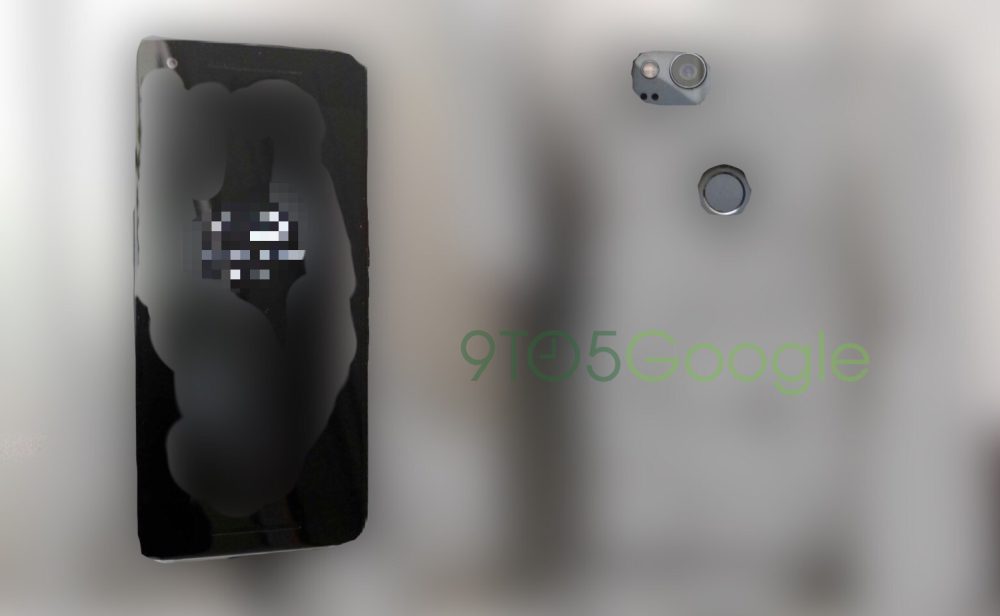 The launch will unveil all the features and pit it against the Galaxy Note8 and iPhone X as the flagships of late-2017. With reports of Google acquiring HTC mobile division, the Pixel 2 and Pixel XL 2 might be last two phones before Gppgle starts making the devices its own and invest in the hardware the way it wants to. iGyaan will keep you updated with all the news following up to the Google launch event. Let us know what you feel about the leaks of the Pixel 2 series so far.