Soon-to-be-announced tech being leaked is not new in the era we live in. Everyone has a smartphone that can click decent images and hence, leaks are common nowadays. The GoPro is the most famous action camera right now and there have long been rumours of the sequel to the GoPro Hero5, the GoPro Hero6 being launched in September 2017. 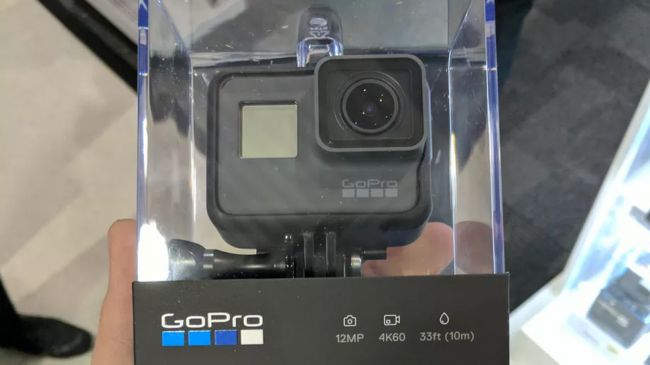 The Verge has reported than GoPro will most likely drop Ambarella, which has supplied processors for the company’s cameras for a long time. For the Hero6, GoPro will go for a custom processor called GP1, which will result in improved battery life or image quality. The Karma system will receive a software update that adds a “follow me” mode similar to what’s found on DJI’s drones. The Karma stabilizer grip will also get a physical upgrade and have features like a joystick for aiming the camera. GoPro has plans for the large rollout of its 360-degree Fusion Camera later this year and maybe a part of the announcement as well. There is no official word on the launch of the GoPro Hero6 yet, but, it might be announced on 28th September. This date seems viable since the Hero5 Black was launched in September 2016. The Hero6 will also subsequently go on sale the day it is announced, just like the Hero5. Leaked images reveal that the GoPro Hero6 Black will retail in Canada for a price of $649 in Canada, which translates to approx. Rs 34000.

Vipul Vij
Always found in a Hooded Shell, Excited by technology, tortured by his eating habits. Handles content at iGyaan.
You Might Also Like
CameraGadgetLatest
Read More