Every One In Two Smartphones Will Have Triple Rear Cameras By 2021, Claims Report

by Yashonil GuptaMay 9, 2019
0
Now Reading
Every One In Two Smartphones Will Have Triple Rear Cameras By 2021, Claims Report
Browse This Page

Huawei launched the world’s first smartphone to feature triple rear cameras, the P20 Pro last year. It was praised for its camera prowess and made the mobile industry notice the importance of more than two cameras at the back of a device. Since then, many more smartphones from OEMs like Samsung, LG and Xiaomi sport three or more camera sensors on the rear. According to a known research firm Counterpoint, the number of handsets with multiple rear camera sensors will only increase with time. Fresh reports from the organization claim one in every two smartphones sold in the year 2021 will have a triple rear camera setup. 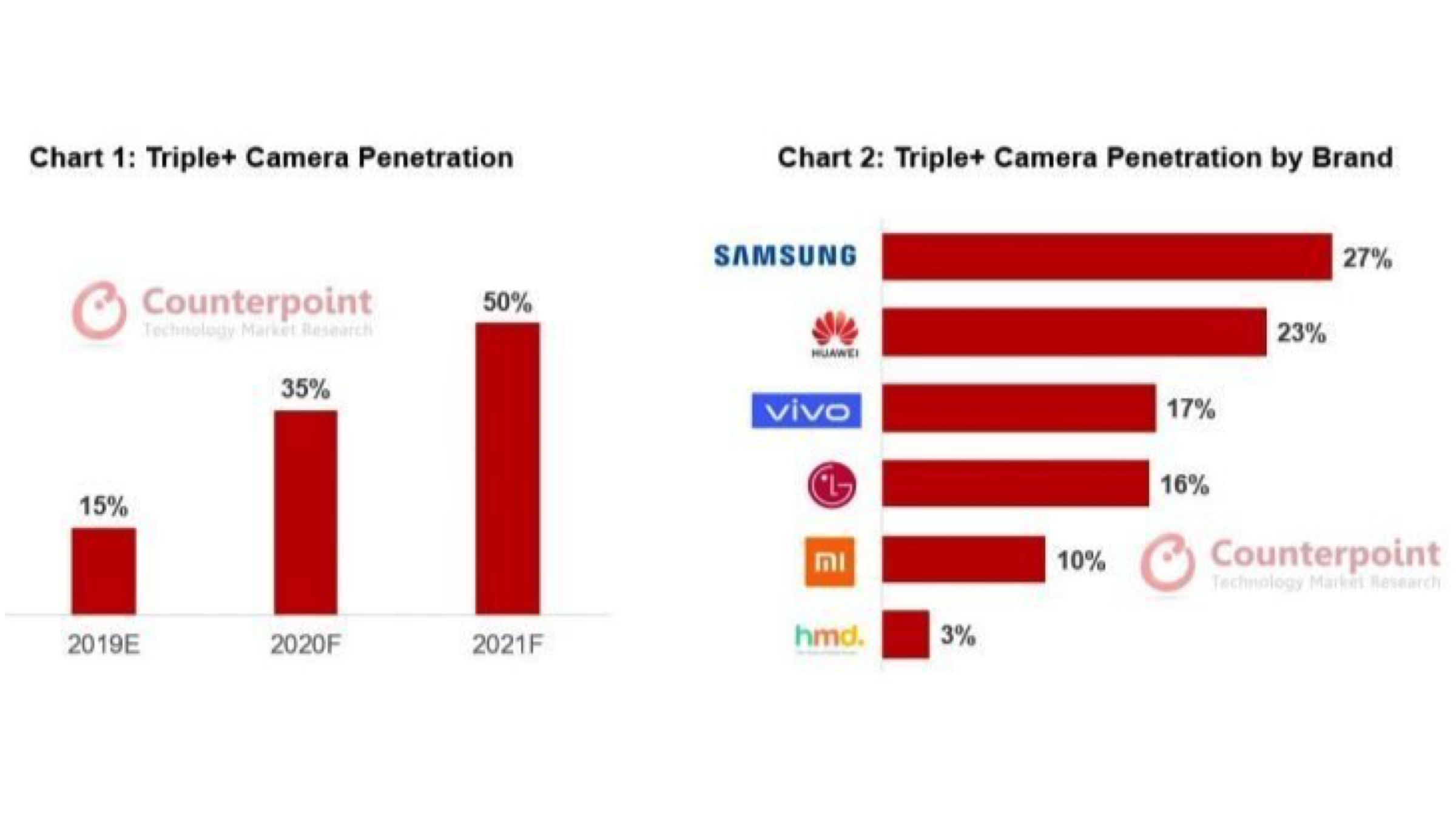 According to Counterpoint, more than 40 smartphones launched until the month of April 2019; had three or more cameras on the rear of the handsets. While 30 of them were launched in the Q1, 10 were made official within a span of one month; between March and April. Notable launches in the time period included devices like the Samsung Galaxy A50, Huawei P30 Pro, Samsung’s Galaxy S10 lineup and the Vivo V15 Pro. All the aforementioned smartphones feature three or more camera sensor on the back. Interestingly, OEMs like OnePlus with the upcoming OnePlus 7 Pro; and Apple with the rumoured iPhone XI will reportedly include a triple rear camera setup. With the launch of many smartphones with multiple rear camera sensors; it is expected the market penetration for Triple or more rear camera setups will reach a share of 15 percent in 2019. This number is only expected to increase, to 35 percent next year, and 50 percent till the year 2021. In terms of smartphone OEMs, the highest penetration belonged to Samsung, with a 27 percent share. Huawei and Vivo stand at the second and third place respectively; with a 23 percent and 17 percent share recorded by Counterpoint. The increased demand for multiple cameras set up at the back of handsets is seen as the major factor behind the increase in the above statistics. Because of this, budget smartphones with triple or more rear cameras are expected to debut starting this year.