After months of constant leaks, Huawei has launched its flagship device for early-2018, the Huawei P20 Pro. Up until a few weeks ago, there doubts over what moniker this phone will carry, many believing that the P10 successor will be the P11. However, at the Paris event, all the doubts have been put to rest. The Huawei P20 Pro will start retailing at a price of 900 Euros. There is no word on the pricing and availability of the smartphone in India, as of now.

Two of the most striking features of the Huawei P20 Pro lay on the front and back. The front of the smartphone houses a very iPhone X-esque notch which houses the earpiece, sensors and a front camera. That being said, the device also has a front-facing fingerprint sensor. Unlike the P20 Pro, the iPhone X has nearly zero bezels on the other three sides of the device. The fingerprint sensor also doubles up as a single navigation button if you don’t like on-screen navigation buttons. 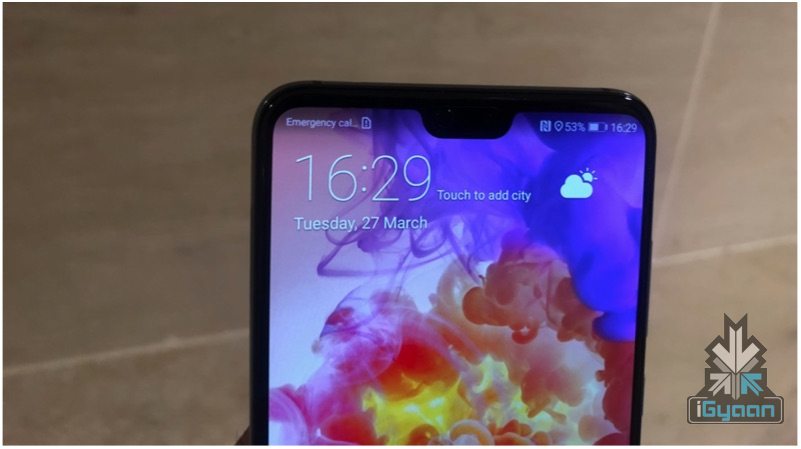 The iPhone X reminiscence doesn’t end there, as the P20 Pro has a vertically place camera setup, much like the iPhone X. However, where it differentiates is the hardware and implementation of the camera setup. It is the first ever smartphone with a triple-camera setup on the back.

Under the hood, the smartphone is powered by the HiSilicon Kirin 970 chipset, a 2.2GHz octa-core processor along with 6GB of RAM and 128GB of storage. Powering the smartphone is a 4000 mAh battery with support for SuperCharge, a proprietary fast charging technology. Interestingly, the Huawei P20 Pro also has an IP67 rating for water and dust resistance. In an appreciable move, the P20 Pro will run on Android 8.1 Oreo out of the box. The caveat here is that EMUI 8 will be on top of the Android Oreo, which means no stock Android OS experience. Then again, Huawei has never launched stock OS smartphones.

In the optics department is where this smartphone will grab all the headlines. The Huawei P20 Pro has a 40MP primary sensor, which supports 5x hybrid zoom. There is a secondary 8MP sensor, which offers 3x optical zoom, which also helps to create portrait mode. Similarly, there is a third sensor with 20MP resolution. Unlike the other two sensors, this is a monochrome sensor which helps to capture contrast and sharpness. Another mindboggling feature of this camera setup is a maximum ISO of 102,400. On the front of the smartphone is a 24MP sensor. Apart from the selfies, this camera will also be responsible for Face Unlock, a feature that has become increasingly common with Android devices. The front-facing camera also has a new 3D Portrait Lighting feature, which sounds very similar to Apple iPhone X’s Portrait Lighting effect.

Vipul Vij
Always found in a Hooded Shell, Excited by technology, tortured by his eating habits. Handles content at iGyaan.
You Might Also Like
HuaweiLatestMobileTop Around the Web
Read More