Samsung Launches Galaxy A30 and A50 In India

by Sahil KapoorFebruary 28, 2019
0
Now Reading
Samsung Launches Galaxy A30 and A50 In India
Browse This Page Galaxy A30 and A50: Front Glass, Rear Platic 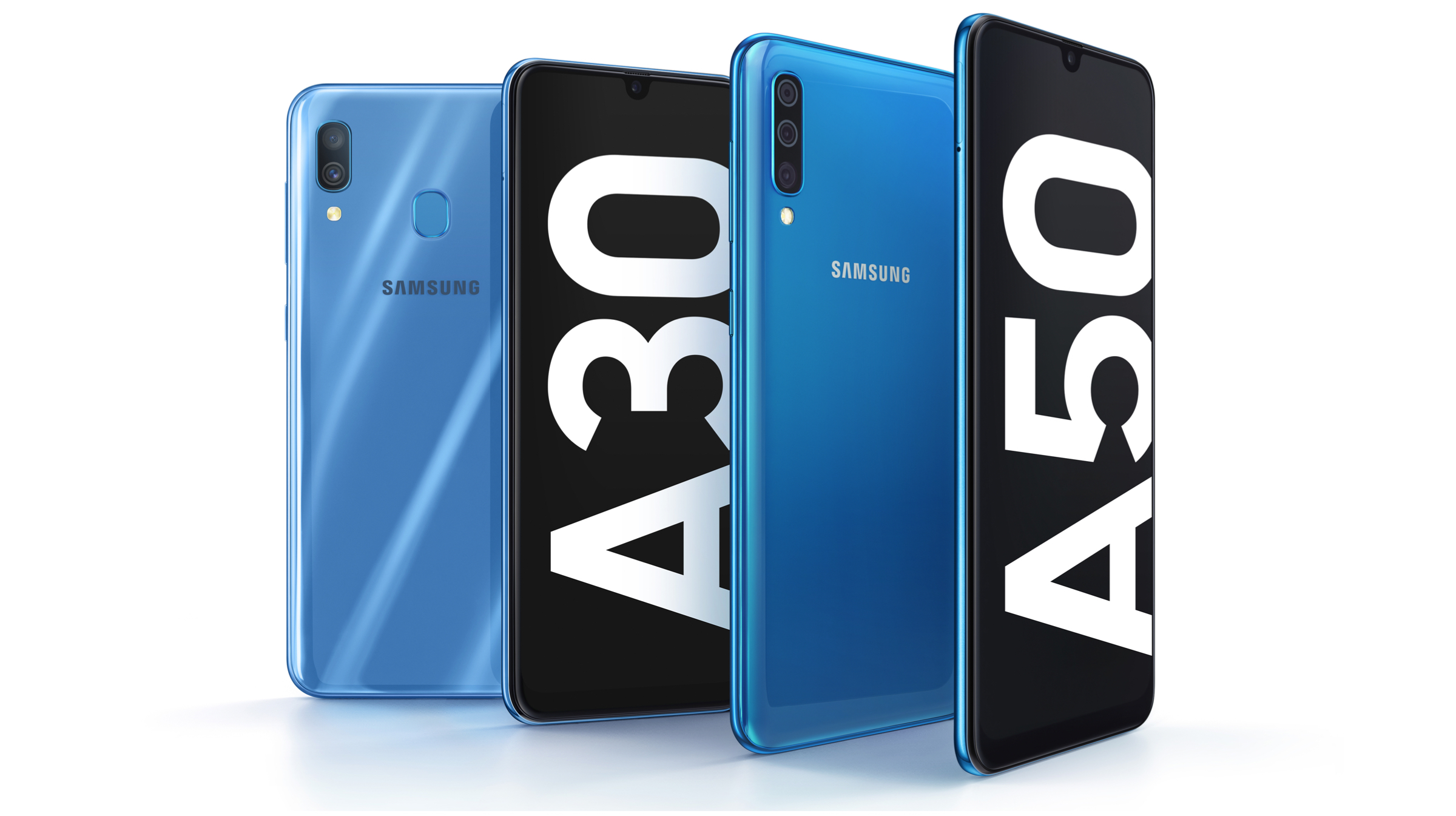 Both, the Galaxy A30 and Galaxy A50 measure 158.5 x 74.7 x 7.7 mm which means that they share a common chassis. The front of the smartphones accommodates a 6.4 inch Infinity U display. The display on the devices uses a Super AMOLED panel that has a resolution of 2340 x 1080 px. Noteworthy, the elder A50 has an on screen fingerprint sensor to securely unlock it. The power button and volume rockers are situated on the right side while the SIM card tray is placed on the left side of both the handsets. Galaxy A30 and A50 Price, Variants and Availability