HTC U11 EYEs To Launch On 15th January 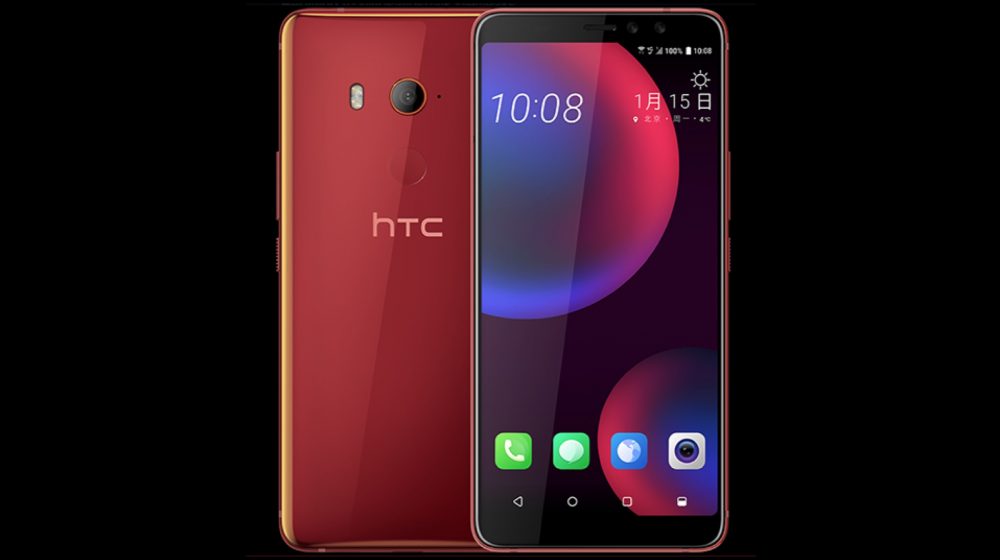 HTC has confirmed what was being rumoured for a while now. The company will continue to diversify its HTC U11 moniker with a new mid-range smartphone, the HTC U11 EYEs. The company posted an invite on its Weibo account confirming that the U11 EYEs is real and will be launched soon. In the image, the date mentioned is 15th January but, doesn’t mention the name of the device. However, in the accompanying post, it does mention ‘Eye,’ effectively confirming that the HTC U11 EYEs will be the centre of attention at the event. It looks like HTC wanted its VR products to be the highlight of its CES 2018 stint and that is why decided to unveil the new smartphone at a separate event.

The HTC U11 EYEs was leaked a few weeks ago by a popular leakster on Twitter. According to the leaks, the smartphone will have a 5.99 inch LCD3 display with a 2160 x 1080 px resolution.

Under the hood, it is expected to have the Qualcomm Snapdragon 652 chipset, 4GB of RAM and 64GB of onboard storage which will be expandable up to 256GB via microSD card. Due to the thin bezels, the fingerprint sensor will be placed on the back of the phone since we are a few months away from using in-display fingerprint sensors on a majority of phones. The HTC U11 EYEs will also have an IP67 rating for water and dust resistance along with HTC Sense feature which allows users to squeeze the frame of the device to launch a particular app or action. The surprising bit about the smartphone is also the software, as it appears that the HTC U11 EYEs will run Android 7.1 Nougat out of the box, even though the HTC U11+ and U11 Life were launched with Android 8 Oreo out of the box.

The smartphone will be powered by a 3930 mAh battery which will charge via a USB Type C port.

Similar to the recently Samsung Galaxy A8+, the HTC U11 EYEs will have a dual 5MP camera set up along with a 12MP primary camera.

The HTC U11 EYEs may not make its way to the Indian shores as HTC has not launched a smartphone after the HTC U11 in India. The U11+ and U11 Life are yet to be announced in India and the U11 EYEs might be treated the same way by the Taiwanese tech giant.