Honor 7A Powered By The Snapdragon 430 Officially Launched

by Vivek UmashankarApril 2, 2018
0
Now Reading
Honor 7A Powered By The Snapdragon 430 Officially Launched
Browse This Page 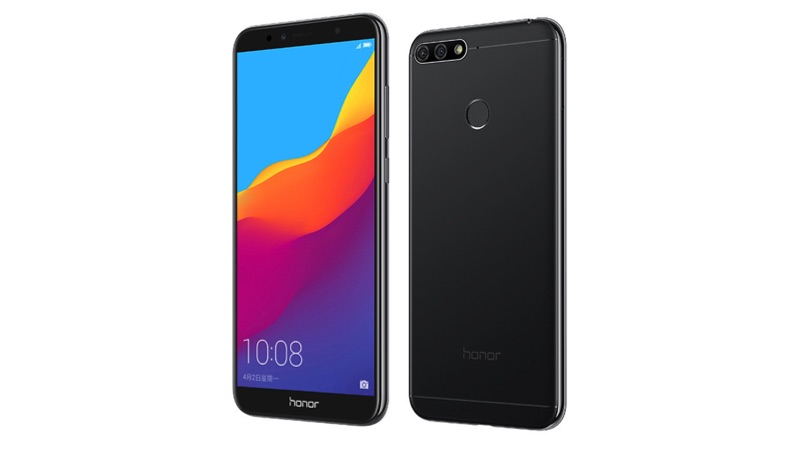 Honor has yet again launched a new entry-level Honor 7A smartphone in China. The smartphone comes in either 2/3GB RAM with 32GB onboard storage, priced at 799 Yuan (Rs 7,999) and 999 Yuan (Rs 9,999). These phones will be available in Aurora Blue, Black, and Platinum Gold and will go on sale in China from the 3rd of April 2018.

This is the latest entry-level smartphone from Honor, under the Honor 7 series. The company recently launched the Honor 7C with similar specifications. The smartphone has a full metal unibody design with a dual camera setup at the back. Unlike Honor 7x, the device has a flushed camera bump, which prevents the device from rocking. Additionally, the smartphone has a triple SIM and micro SD card slot, which can accept two nano SIM cards and a micro SD card altogether. Honor 7A has a 5.7 inch HD+ 1440 x 720 px IPS LCD display with a 2.5 D curved glass protection. Under the hood, the device has the Qualcomm Snapdragon 430 Octa-core chipset with 2/3GB RAM and 32GB onboard storage. Additionally, the smartphone supports memory expansion up to 256GB.

On the camera front, the smartphone has a dual setup with a 13MP RGB sensor and a 2MP depth sensor. The main sensor will help the smartphone to capture the picture and the secondary sensor will add the depth effect. The device has an 8MP front-facing camera with support for Face Unlock and 1080p video recording capability. The Honor 7A has a 3000 mAh sealed battery with a micro USB port for charging and data syncing. The phone runs on the latest Android 8 Oreo OS with custom EMUI 8.0 skin on the top.