Huawei has been launching some really attractive smartphones recently, and is undoubtedly one of the market leaders in this sphere. Rumours are rife regarding Apple’s launch of a new iPad and Huawei’s sub-brand Honor is also set to launch a new tablet on October 31. This will be a new version of their WaterPlay series, which was launched back in October last year and boasted of a 10.10-inch display with a resolution of 1200 x 1920 px and an IP67 rating. The new tablet will have an 8-inch display, according to reports. 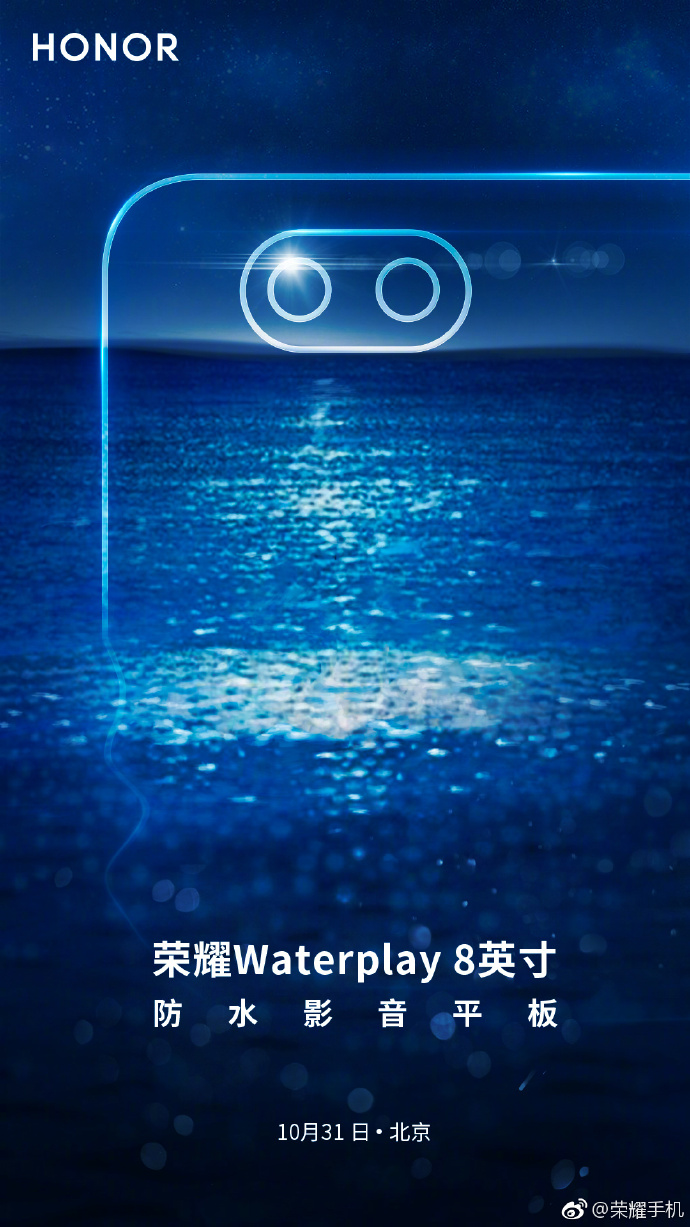 The Honor WaterPlay 8 will have dual rear cameras, which is quite uncommon for tablets. It is also waterproof but no other features have been revealed yet. Last year’s model featured a Kirin 659 processor and had 3 GB and 4 GB RAM variants. It was available in 32 GB and 64 GB variants. We can definitely expect a better processor and more memory. Specially since the industry standard has now become 64 or 128 GB for most manufacturers. A waterproof tablet can be great for pool parties or at the beach. This might be a great product for people who like being outdoors and enjoy the same. Honor will also launch the Honor Watch and the Honor FlyPods wireless earbuds soon.

However the main attraction of the launch event will the the Honor Magic 2. The Magic 2 will feature a sliding mechanism and a screen-to-body ratio of 95 percent. Featuring a Kirin 980 chipset, the Magic 2 will have 8 GB of RAM and 128 GB storage. Another highlight of the Magic 2 will be the graphene battery technology that will supposedly charge a 3,000 mAh battery in 12 minutes. One of the images leaked also feature a DJI Mavic drone which may mean a possible collaboration between DJI and Honor. It will be interesting to see what other products Honor will introduce.