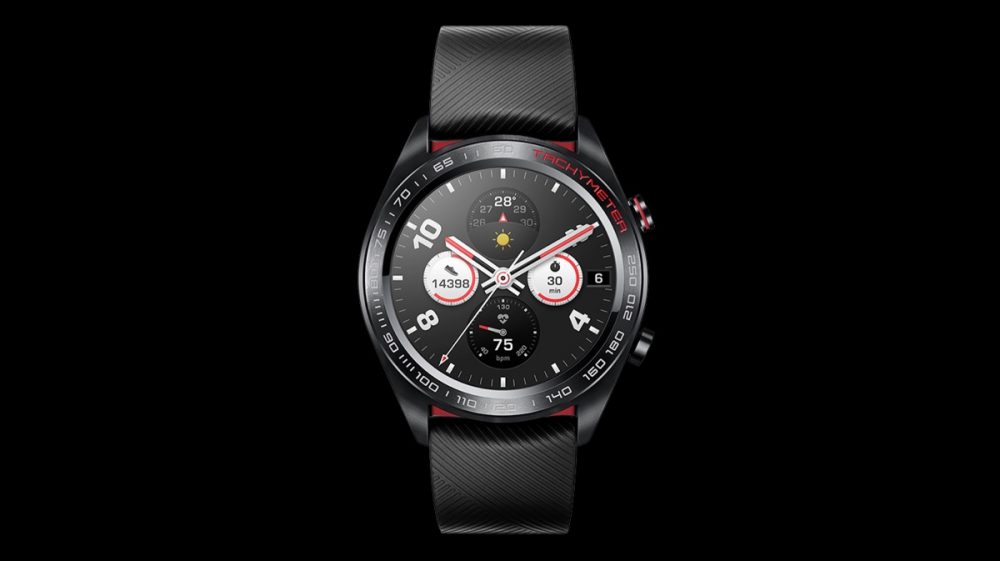 Honor recently held a launch event in China. The company launched a variety of products which include the Honor Magic 2 smartphone, Watch Magic, Honor Play 8 Tablet, and FlyPods wireless earphones. The Watch Magic is a digital smartwatch which also has health and fitness tracking capabilities. The Honor Watch Magic has a metal & plastic build with a wrist strap that fits wrist sizes between 14-21 cm. It also has the option to easily swap straps due to its quick fit mechanism. The watch measures 42.8 × 42.8 × 9.8mm and weighs 32.5 grams. The Honor Watch Magic has a 1.2-inch circular color AMOLED screen with a resolution of 390 x 390 px and a pixel density of 326 ppi.  The smartwatch has a 178 mAh battery which can be charged via the magnetic ejector charging port. Honor claims the watch has a battery backup of up to 7 days which varies as per usage by the user. The Watch supports NFC for wireless payments and GPS for navigation. It runs on an ARM M4 CPU and has 16 MB of RAM. It also has 128 MB of ROM for storing the calculated data. The Honor Magic watch has an Optical heart rate sensor to accurately measure the user’s heartbeats. It also has a whole host of sensors which include an Accelerometer, Gyroscope, and an Ambient light sensor. The smartwatch can also record fitness statistics like the number of steps taken and the number of calories burnt. The smartwatch is currently available in China but we expect Honor to soon release it in other markets as well.