DJI has been making handheld gimbals for a long time now and their latest gimbal has been launched which is smaller than your palm! Gimbals are a major part of the drone-manufacturer and they have successfully released several great products in their Osmo series. The gimbal is known as the DJI Osmo Pocket and is extremely tiny. The small gimbal measures in at 121.9 x 36.9 x 28.6 mm, and it weighs only 116g. This is great for people who travel frequently and shoot videos. Vloggers and other video content creators can now do away with lugging around huge bags if they want to shoot videos on the go. The camera is by no means a compromise in- terms of quality!

The camera on the DJI Osmo Pocket shoots 4K 60fps video at 100Mbps with its 1/2.3″ 12 MP sensor. It is great for low light shooting as well owing to it’s f/2.0 aperture. the camera has an 80-degree field-of-view. It also has a 1 inch touchscreen in-built for one handed use and is available in black colour. The gimbal does have a few buttons on it and a scroll wheel. It supports 5V/2A charging 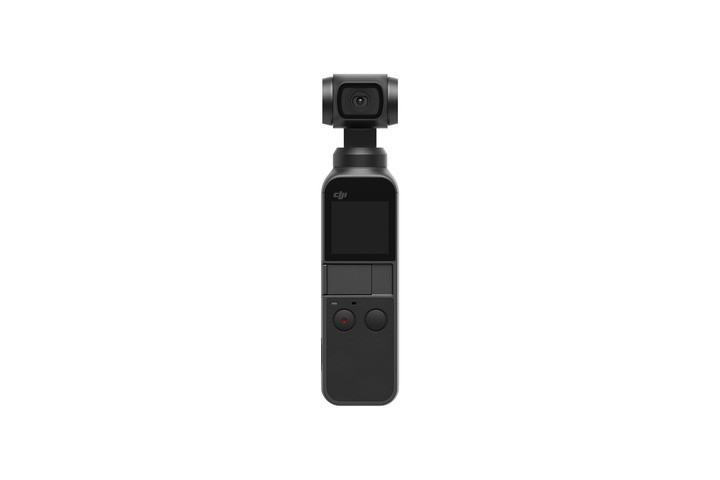 The Osmo Pocket has dual mics, as well as an 875 mAh battery that can reportedly last up to 140 minutes. The battery charges from 0 to 100% in 73 minutes. There are several accessories available for the DJI Osmo Pocket. These include a charging case, wireless module, extension rod, waterproof case, ND filters, a controller wheel, a 3.5mm adapter for external mics and a lot more. There is also an unboxing video on Youtube and an advertisement on twitter that shows the product in it’s entirety.

The Osmo Pocket has NightShot,  motionlapse and timelapse. It also pairs with a companion app called the DJI MIMO App that is supported both on Android and iOS devices.  It also shoots 3×3 panoramas. The Osmo Pocket is sold with USB-C and Lightning adapters and connects directly into your smartphone. The Osmo Pocket is priced at USD 349 and is on sale now.