by Mukund Krishna KumarNovember 30, 2018
0
Now Reading
Google’s New Smartwatch Patent To Use Your Skin As A Touchpad
Browse This Page

Smartwatches are what define the dawn of a new era for wearables. You can now text, set reminders, track your health and do much more, just with a tap on your wrist. While most of the smartwatch makers focused on making sure that they can squeeze in as many features as possible into a tiny space. Google is thinking outside the box and more importantly, outside the watch.

That’s right, Google now plans to let you use you skin as the interface to control your smartwatch. If it comes through, this will be the most revolutionary smartwatch in the market, without any doubts. We do not know if the technology to make this happen is in place or whether Google plans to develop this as they go along. However, the patent is quite descriptive and explains almost everything there is to know about the possible design. 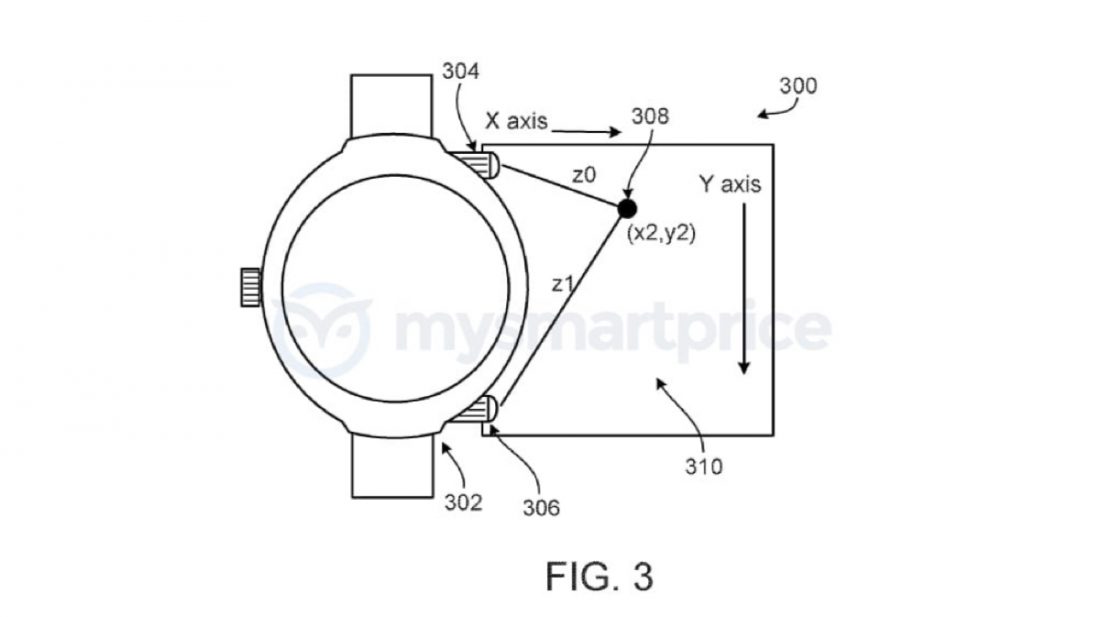 The entire technology is titled as ‘Gesture Based Small Device Input’ and has a load of other features under it. The main focus of the patent is to ensure that the user is able to interact with the smartwatch. Without causing an obstruction to the really small display present on it. It plans to use your wrist, forearm and even the back of the hand to do so. However, the bottom line is, it will let you use your finger as a stylus to be used on your skin adjacent to the smartwatch. The patent details a lot of ways to help make this become a reality. It will use sensors, in pairs, to figure out an approximate of your finger’s position relative to each sensor. And it will determine what the gesture is being used for. These sensors will include ultrasound based implementations to deliver almost instantaneous data. It will also use photo-diodes and some low cost CCD or CMOS cameras along with a light emitting diode. This is quite similar to the technology employed by the common optical mouse to read movement data.

Sources claim that the optical mouse type of system will be the primary sensors to track your hands while the ultrasonic sensors will provide additional data specially in conditions with lower lighting. Another interesting fact is that these sensor can be set up on either sides of the smartwatch. This will allow you to use either sides to control the watch. The patent also mentions the implementation of a QWERTY keyboard which will be projected or superimposed on to your skin for a better typing experience.

If this technology actually comes into production, it will be the start of a new era for smartwatches, with an extremely increased usability experience. With users not being limited to small keyboards and cramped up displays, the future of smartwatches looks exciting!

Mukund Krishna Kumar
New At iGyaan, Tech Enthusiast and Devourer of Burgers and All Junk Food.
You Might Also Like
GoogleLatestWearables
Read More