Twitch VS Youtube: Which Platform Should You Start Streaming On?

by Anubhav SharmaMarch 2, 2019
0
Now Reading
Twitch VS Youtube: Which Platform Should You Start Streaming On?
Browse This Page Streaming is defined as “playing continuously as sound or moving images are sent in a flow directly from the Internet to a computer” as per the Cambridge Dictionary. In simpler terms, broadcasting your activities from your computer (or from your real life) across the internet so that viewers can interact with you in real time refers to as streaming. Over the past few years, streaming has seen a massive boost in terms of broadcasters and viewer base, thanks to some amazing platforms. The first platform that comes to our mind when we talk about ‘game streaming’ is undoubtedly Twitch. Launched in 2011, a lot of factors contributed to its success. It had over 100 million unique monthly users by the year 2018. Out of those, 15 million were daily users. The fact that it encourages streamers and broadcasters to stream live, raw content without any sugar-coating was welcomed by viewers. And on top of that, the growing interest in ESports really helped fuel the platform, pushing it to the spot where it is today.

Youtube Gaming is fairly new. Launched in 2015, the platform was intended to break off from the mainstream Youtube ‘video uploading’ scenario and provide an environment where gamers can stream for specifically ‘game-oriented’ audiences. Given the mammoth viewer base of Youtube, the new platform gained popularity quickly, and after almost 3 and a half years later, its emerging as a strong contender to Twitch. The questions that make their way into this scenario are very clear. If you’re a new streamer, which platform should you opt for? What are the pros of streaming on Twitch or Youtube? What are the cons of the same? See how both the streaming platforms line up against each other. If a new viewer heads over to Twitch, a multitude of channels greet him/her. Viewers usually find channels by browsing the games they are interested in. Now, upon reverse engineering this, its clear that if you are playing that specific game, a viewer MAY find you amongst a list of other streamers. And if you are a fairly new streamer, there’s a fair chance that the new visitors won’t even pay attention to your stream. This is because Twitch sorts the channels in descending order, depending on the number of viewers per stream. Established streamers benefit a lot from this, on the other hand, new streamers rarely get any attention.

A lot of Twitch users pointed out a serious flaw in the website: There are no thumbnails for live streams. Twitch picks out random screen captures from your stream and displays them as thumbnails to the viewers. There is literally nothing to set you apart from other channels, bringing forward the serious problem of not getting noticed in the crowd. Youtube Gaming faces these issues too, but its algorithm helps new streamers get noticed by new viewers. For instance, if you make regular videos, stream regularly and have even a small number of subscribers, your chances of getting new viewers and subscribers are increased. Also, content creators can use standard videos to attract a viewer base. If a user has a couple of videos that have good statistics, he/she can use that video as the highlighted channel video to make that good ‘first impression’ on the new audience. Furthermore, Youtube allows the creation and upload of custom thumbnails, and even though they lead to clickbaits in some cases, its a better way to convey information regarding your stream rather than hoping that more random people join. Since Twitch is primarily focused on gaming, they are expected to have strict guidelines because of the audience age range. A lot of streamers (and popular streamers at that) have been banned in the past for petty reasons. You could get banned if someone sends in an inappropriate donation. You could get your channel temporarily suspended if you say something that doesn’t comply with the guidelines. On the other hand, YouTube lays down almost similar guidelines, but it isn’t as strict as Twitch when it comes to implementing them. Youtube content creators are allowed three copyright strikes on their channel before your channel disappears off YouTube. Demonetization of videos is also possible, if any non-compliant action takes place on the stream. 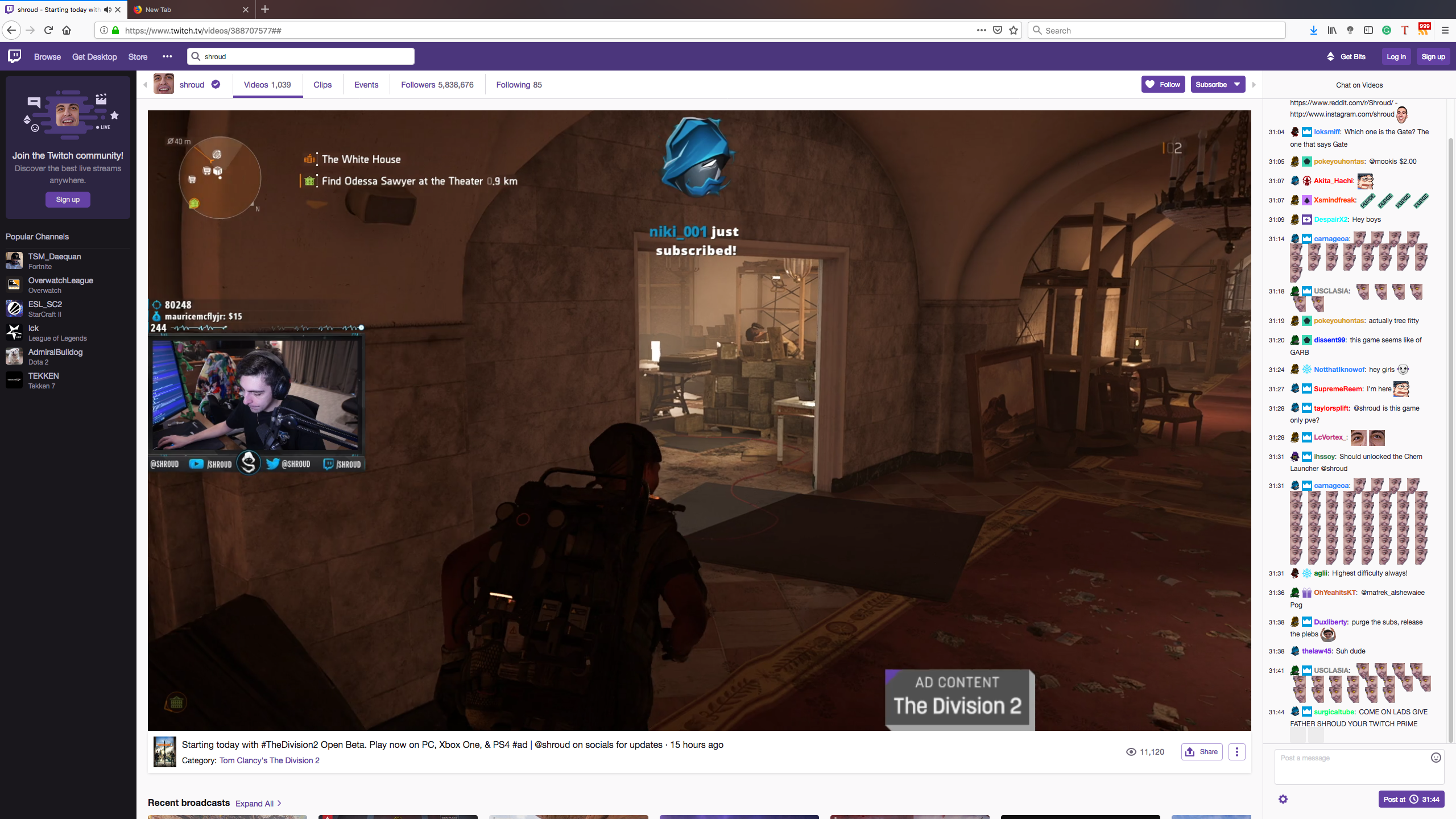 Twitch has a very detailed and distinct monetary system. For every $5 the subscriber pays, 50 percent is claimed by Twitter. So, the streamer ends up getting $2.50 per subscriber. Donations account for the major chunk of the daily income. Streamers get a 100 percent of the donation money, and big streamers can earn insane amounts of money in a day just from donations. Viewers can also donate using Bits, which are Twitch’s built in donation system. Twitter takes a 29% cut per bit. And there are classic advertisements, which might not pay as much but are a steady source of income. 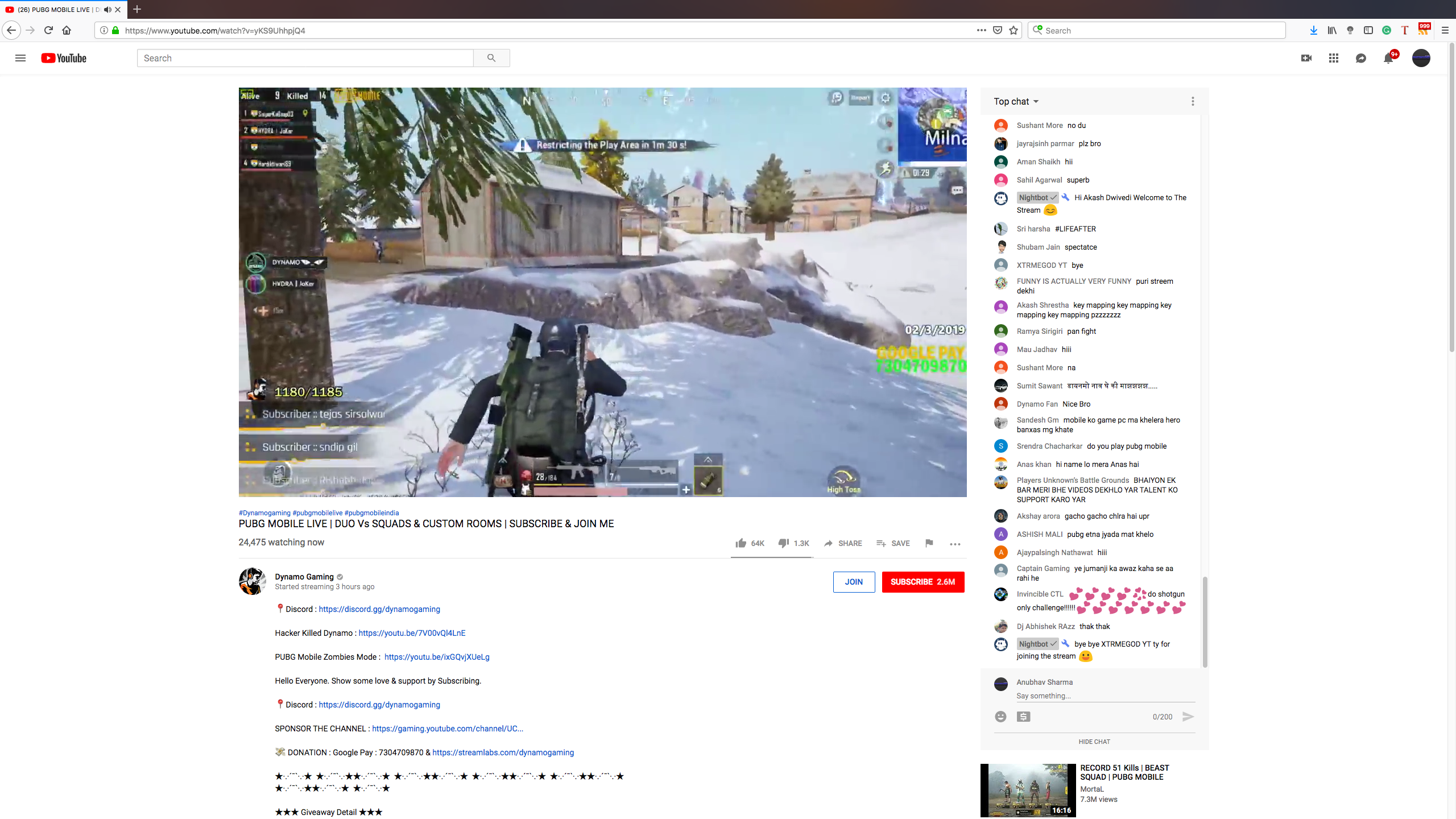 YouTube follows a comparitively simpler structure, where viewers can donate using Super Chats. YouTube charges 30 percent of the total super chat donation amount. Also, YouTube has sponsors where Twitch has subscribers. Again, YouTube takes a cut of 30% from each sponsor. Monetized YouTube channels earn a lot from advertisements too. In the end, it’s all about audience and preference. If the majority of your audience loves a specific platform, you may have to stick to that. Or you could just stream as per your preference and let your audience decide the rest. Streamers like Shroud and Ninja are making it big on Twitch, with more than 150,000 users watching them stream daily. It’s a long road, but it may be worth it in the end.