Spice has just announced a tackle to its competitor, priced at just Rs. 8000, (Rs. 300 cheaper if you buy from their online E-commerce website). The device features a 2 point touch 3.5 inch capacitive screen with a resolution of 320 x 480 px. The processor is a 650MHz Mediatek M6573 with what they claim a 200MHz GPU ( say what?). with 512MB Rom and 256MB RAM this device seems like a good alternative to the dual sim android we unboxed a few days ago. The battery is a 1400 mah pack, and Spice claims that the device has good battery management. The camera is a 3.2 MP autofocus camera at the back without any flashlight. The front camera is a VGA camera but there is Video call over 3G, so its a plus point. The device is chunkier than the A75 and a little less attractive as well. The back cover although metal is very fiddly. And we got a quick hands on video at announcement, before we do an actual unboxing. What we do know is that in-ear headphones + mic and button are included instead of standard ones. check out the images and subscribe to iGyaanTV as the video goes up shortly 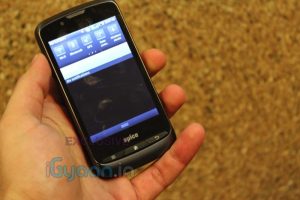 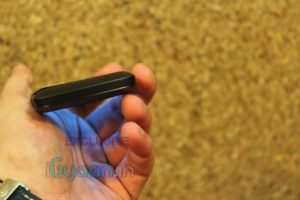 Bharat Nagpal
Founder and Chief Editor of iGyaan. Bharat likes to keep on top of technology ! Follow Him on Google Plus : Google+
You Might Also Like
AdobeiGyaanLatestMobile
Read More