Adobe Shows Off the Mind-Blowing Future of Photoshop These days Adobe is expanding its Creative Cloud offering with the new cloud based Photoshop software, which is on its beta testing stage right now. But, the company is not limiting itself to cloud and desktop software. In a recent video post, Adobe demonstrated some of the future possibilities for its creative applications Photoshop, Illustrator, and Premiere, when used on various professional devices.

Through Adobe Creative Cloud, users are able to access the applications across smartphones, tablets, laptops and desktops, making the creative process seamless and intuitive. While some of the techniques shown in the video are very far from being released to the public, it’s still a good showcase of the exciting possibilities that could result from this partnership.

likethis
What's your reaction?
Awesome
0%
Epic
0%
Like
0%
I Want This
0%
Meh
0%
Posted In
Adobe, Latest, Microsoft, Videos
Tags
Adobe
Adobe
About The Author

Parul Ritvik Sood
iGyaan Network's newbie, Parul is a Writer, Poet, Reader and Mass Communication Graduate with great interest in startups and entrepreneurship.
You Might Also Like
AdobeLatestMicrosoftVideos
Read More 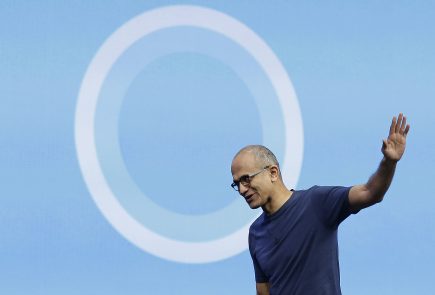