The Galaxy Tab S5e has an attractive design with thin bezels around the display and a sleek side profile. The tablet measures 245 x 160 x 5.5 mm and tips the scale at 400 grams. It features a 10.5 inch Super AMOLED display that has a 16:10 aspect ratio. The display panel has a resolution of 2560 x 1600 px and a pixel density of 287 ppi. The bezel above the display houses an f/2.0 aperture equipped 8 MP selfie camera that has a pixel size of 1.12 ultra micron. The right side of the Galaxy Tab S5e houses the SIM card slot, volume rockers, and the power button which doubles as a fingerprint scanner. The device has a total of four speakers, out of which two sit on top and two on the bottom. The rear of the tablet is occupied by a 13 MP camera, Samsung branding and AKG logo. AKG is an Austrian company that is famous for its headphones and microphones. The company is now owned by Samsung and the logo behind the Galaxy Tab S5e conveys that the device has an admirable audio output. The tablet can also capture 2160p videos at 30fps from the rear camera and 1080p videos at 30fps from the front shooter. Galaxy Tab S5e is kitted with the Snapdragon 670 SoC which is comprised of Adreno 612 GPU and an Octa-Core CPU. In terms of connectivity, the tablet supports 4G VoLTE, 802.11 ac Wi-Fi, Bluetooth 5.0 and a bottom mounted USB Type-C port for charging and data syncing. The device is powered by a mammoth 7,040 mAh battery that also supports fast charging. It runs on Android 9.0 pie which is skinned with Samsung’s One UI. In terms of memory and storage, the tablet has 4 GB of RAM and 64 GB of ROM. Besides, it also supports memory expansion up to 512 GB via a microSD card. For photography, it features a 5 MP front facing selfie camera and an 8 MP rear camera. Both the front and rear camera can also shoot 1080p videos @ 30fps. Connectivity options on the Galaxy Tab A 10.1 include 4G VoLTE, Wi-Fi 802.11 a/b/g/n/ac, Bluetooth 5.0, GPS, 3.5 mm audio jack and a bottom mounted USB Type C port. The tablet is powered by a large 6150 mAh battery which is claimed to provide a battery backup of 13 hours. Under the hoods, the Galaxy Tab A 10.1 packs the Exynos 7904 SoC which is also featured on the Samsung Galaxy M30 and Galaxy A30. The chipset consists of an Octa Core CPU and Mali G71 MP2 GPU. The tablet has 2 GB of RAM and 32 GB of inbuilt storage which is further expandable upto 512 GB via a microSD card. 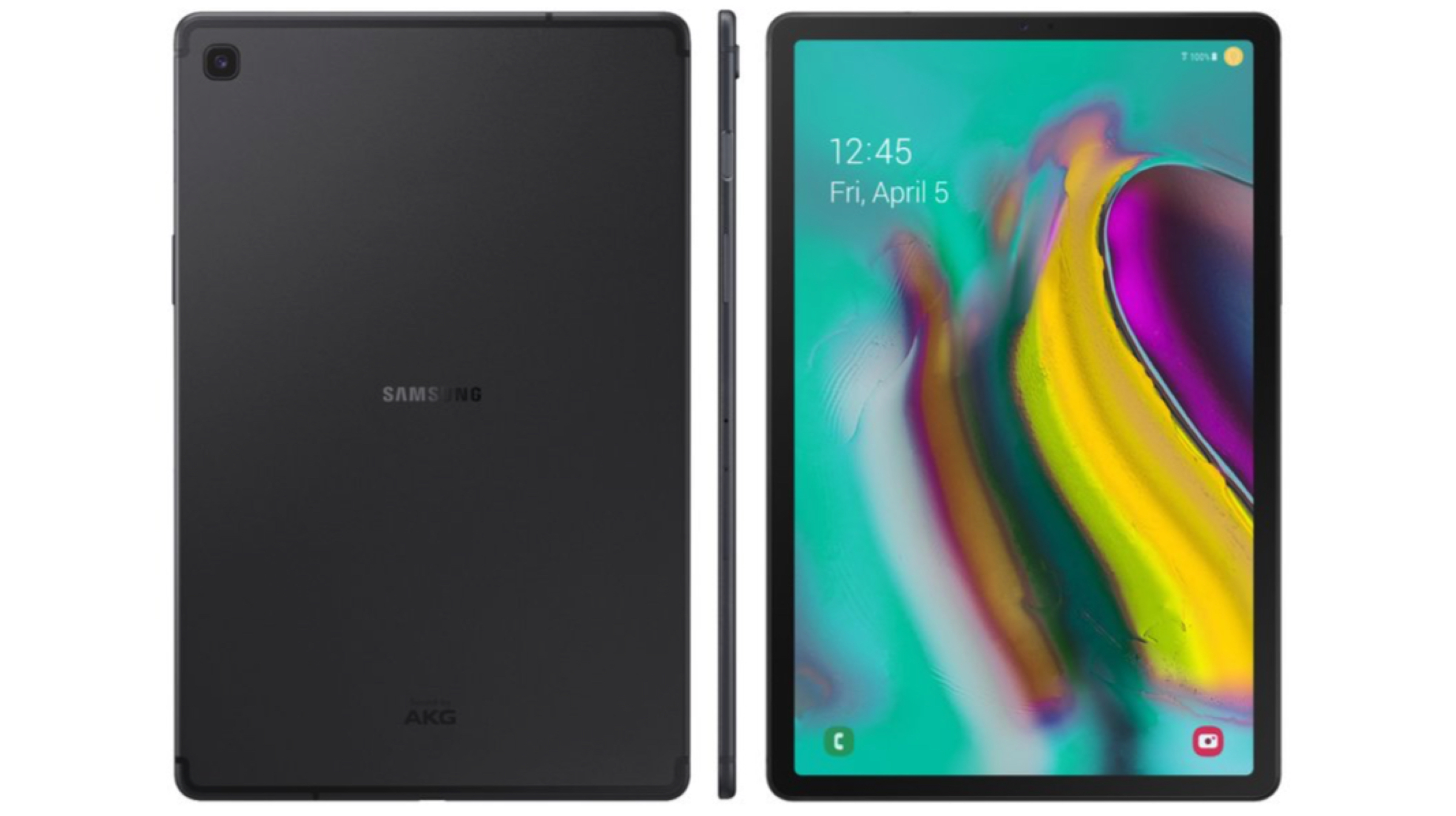 Both the Galaxy Tab S5e and Galaxy Tab A 10.1 are offered in three colour options which include Black, Gold and Silver. The two tablets are offered in Wi-Fi, Wi-Fi + LTE variant for which the prices are as follows:

The high end S5e is now available for purchase on Samsung India website while the Tab A 10.1 is currently listed as ‘notify me’.