On the 15th of July 2015, Amazon marked its 20th anniversary which also led to the introduction of “Prime Day” sale. The sale offers a wide variety of products at heavily discounted prices or exclusive launches which are limited only to the “prime” service subscribers. Similarly, in the year 2019, the Prime Day sale will commence on the 15th of July and will continue till the 16th of July. According4ly, if you are planning to buy a new smartphone, this might be the right time to do so. Attached below is list of handsets that are either being offered on a huge discount or they have just been launched. The OnePlus 7 is the successor to the OnePlus 6T and it was announced in the month of May. However, at the time of its launch, the smartphone was available in two colours which include Red and Mirror Grey. The company has now announced the OnePlus 7 in the “Mirror Blue” colour which can be purchased during the Amazon Prime Day Sale. 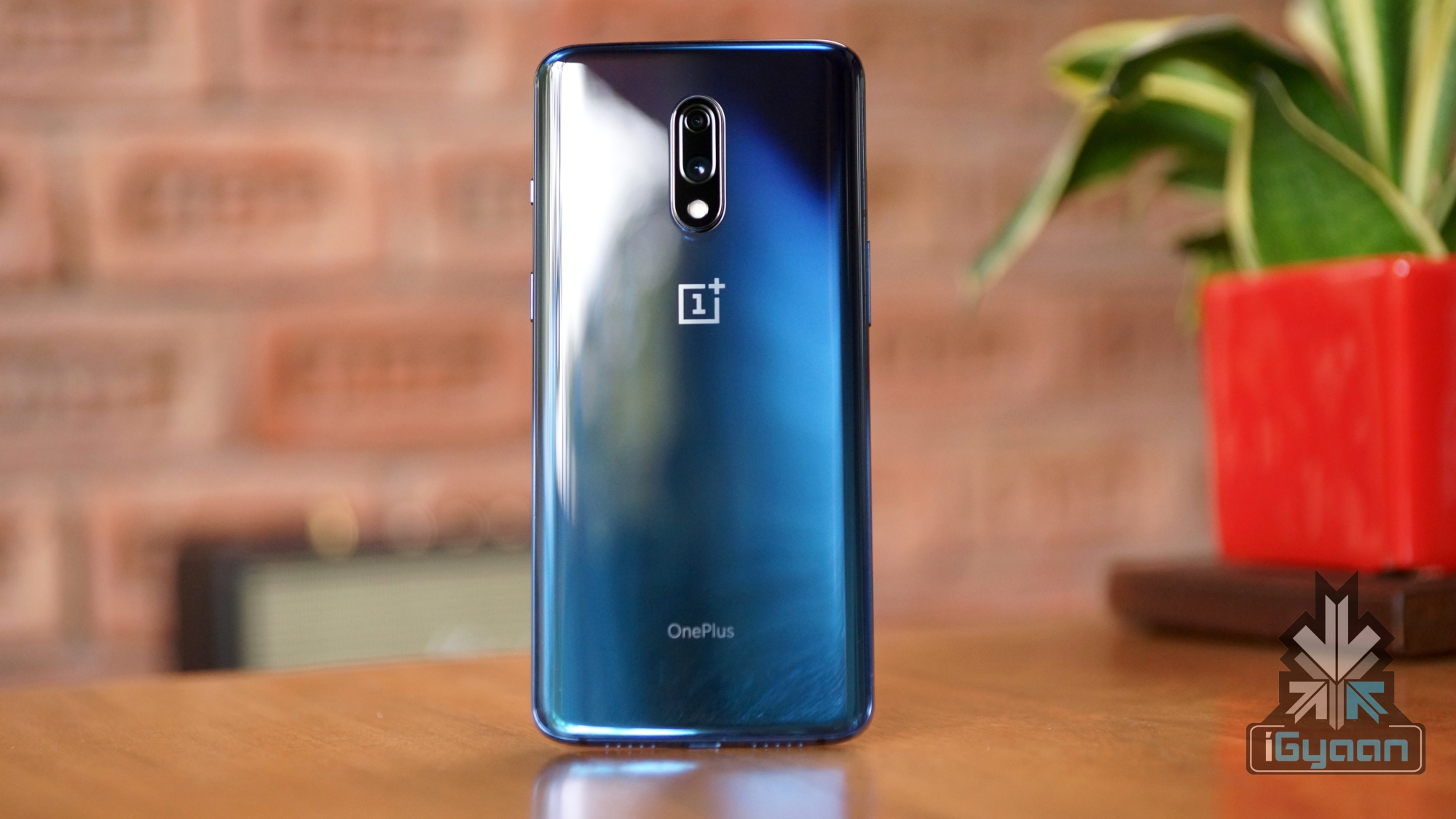 In terms of features, it accommodates a 6.41 inch AMOLED display on the front that has a water drop notch up top. The OnePlus 7 Mirror Blue, like the other colour variants is powered by a 3700 mAh battery which supports 20 W dash charging. The smartphone has a 16 MP camera on the front and 48 MP + 5 MP dual rear cameras. The OnePlus 7 Mirror Blue is kitted with the Snapdragon 855 which is Qualcomm’s flagship chipset for 2019. The device is offered with 6 RAM + 128 GB ROM which is priced at Rs 32,999. The OnePlus 7 Pro is the elder sibling to the OnePlus 7 and a premium smartphone that has high end features like a 90Hz refresh rate display and UFS 2.1 storage. The base variant of the handset with 6 GB of RAM and 128 GB of ROM starts at Rs 48,999 which might seem steep to some users. However, existing smartphone owners can exchange their current device on Amazon and get a exchange bonus of upto Rs 15,500 which makes the OnePlus 7 Pro a fantastic deal. Talking about features, the OnePlus 7 Pro has 6.67 inch OLED display that has an impressive refresh rate of 90 Hz. One of its key highlighting features is the motorised pop up on top which houses a 16 MP selfie camera. It is powered by a 4000 mAh battery which supports 30 W Warp charge technology. Like the OnePlus 7, it also features the Snapdragon 855 SoC which consists of an Octa Core CPU and Adreno 640 GPU. It is offered in three colour variants which include Almond, Nebula Blue and Mirror Grey. It is offered in three storage variants for which the prices are listed below. The additional exchange discount of upto Rs 15,500 is available in all three variants. The Galaxy M40 is the latest addition in Samsung’s mid range smartphone lineup. The device was originally launched on the 11th of June in two colour variants which include Seawater Blue and Dark Blue. With the Amazon Prime Day sale, the company has launched another colour variant of the smartphone which is Cocktail Orange. The distinguishing feature of the Galaxy M40 is a punch hole camera which is also present in the flagship grade Galaxy S10 lineup of smartphones. The Cocktail Orange variant of the Galaxy M40, like other colour options has a 6.3 inch display that houses a 16 MP punch hole selfie camera. The device has an edge-to-edge display which looks very elegant. It features a triple rear camera setup which is comprised of 32 MP + 8 MP + 5 MP sensors. The Galaxy M40 is powered by 3500 man battery and it is kitted with the Snapdragon 675 SoC. The handset has 6 GB of RAM and 128 GB of ROM which is further expandable upto 512 GB via a microSD card. The Galaxy M40 has a list price of Rs 20,490 but during the Prime Day sale, it is being sold at Rs 19,990.

The iPhone XR aka the colourful iPhone was launched as an economical offering and it has become the most selling smartphone from Apple in the current launch cycle. The smartphone with 64 GB ROM was originally launched at a price of Rs 76,990 which was previously dropped close to Rs 60,000. However, during the Amazon Prime Day sale, it will sell for Rs 49,999 which is the cheapest since its launch date. Besides, users can also avail an additional exchange discount of upto Rs 10,400. The iPhone XR features a 6.1 inch LCD display that has a wide notch up top. The rear of the smartphone has a glass back which looks very attractive. For photography, it has a 12 MP camera on the rear and a 7 MP camera on the front. A couple of highlighting features of the iPhone XR include wireless charging support and IP67 rating. The device is available in a whole host of enticing colour options which include White, Black, Blue, Coral, Red and Yellow. Before the introduction of the Galaxy M40, the Galaxy M30 was the top tier device in the Galaxy M lineup. The Galaxy M30 has a list price of Rs 16,490 however during the Prime Day sale, it offered at a just Rs 13,990 for the variant with 4 GB RAM and 128 GB ROM. The device competes against the likes of the Redmi Note 7 and Realme 3 Pro, but it features a 6.41 inch AMOLED display and 5000 mAh battery which is unparalleled in its segment. The Galaxy M30 is kitted with the Exynos 7904 SoC which consists of an Octa Core CPU. It has a 16 MP selfie camera which is housed in the water drop notch above the display and triple rear camera setup which consists of 13 MP + 5 MP + 5 MP sensors. It is offered in two colour options which include Gradation Black and Gradation Blue. The Redmi Y3 is Xiaomi’s third selfie centric smartphone which succeed the Redmi Y2 from 2018. The device was originally launched at a price of Rs 9,999 for the base variant but during the Amazon Prime Day Sale, it is being offered at a special discount of Rs 1000. Therefore, Prime member can buy the device at a price of Rs 8,999. The Redmi Y3 has 6.26 inch display that is safeguarded with Corning Gorilla Glass 5. Its key highlighting feature, which is the selfie camera has a remarkably high resolution of 32 MP. The device also has a dual rear camera setup which consists of 12 MP + 2 MP sensor along with an LED flash. The device is kitted with the Snapdragon 632 SoC which is comprised of an Octa Core CPU and Adreno 506 GPU. It is powered by a large 4,000 mAh battery. The Nokia 6.1 Plus was originally launched at a price fo Rs 18,499 but with the Prime Day sale it has received a massive price cut of Rs 6500. Subsequently, it can now be purchased for Rs 11,999. The Nokia 6.1 Plus has Glass and Aluminium constructions which provides for a premium design and a robust feel. The Nokia 6.1 Plus features a 5.8 inch display that has full HD resolution. The device has a total of three cameras, out of which a 16 MP sensor is housed in notch on top of the display. While the remaining 16 MP + 5 MP sensors are placed on the rear. The device has 6 GB of RAM and 64 GB of internal storage which is further expandable upto 400 GB. The Xiaomi A2 or the Mi A2 is the company’s second Android One certified smartphone which runs on stock Android and provides for a smooth and bloat free experience. It was originally launched at a price fo Rs 17,500 but during the Prime Day sale, it will be offered for Rs 9,999 which is the lowest the device has ever sold for. It features a 5.99 inch display with a pixel density of 403 ppi.

The Mi A2 is kitted with the Snapdragon 660 SoC which consists of an Octa Core CPU. It is powered by a 3,010 mAh battery which might sound small but can provide for a day long battery backup because of Stock Android. The Mi A2 is offered in four colour variant which are as follows: