SteelSeries has launched a host of goodies today, including the Ion wireless gaming controller that connects to your PC, tablet or phone through Bluetooth. Once charged the controller provides for upto 20 hours of gaming.   The company’s also debuting two headsets, the Flux and Siberia v2 Frost. The Flux is more for the mobile gamer, the collapsable headset, features a unique dual jack system, for daisy chaining of headphones, so tat ore than one person can listen in on the action.

SteelSeries’ Siberia v2 Frost headset is an updated version of the Siberia v2 active noise canceling headphones, it also  adds some extra  blue LEDs that can be set to pulse or dim as per requirement. The final products released include three gaming mice  the Kana, Kinzu v2, and Kinzu v2 Pro. All three mice come with a 3600fps optical sensor. And high speed movements going up from 65 inches per second to 130 inches per second. Price ranges from US $ 39.99 for the Kana and Us $ 49.99 for the Kinzu V2 Pro. 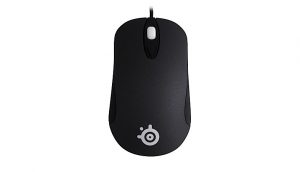 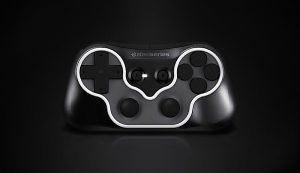 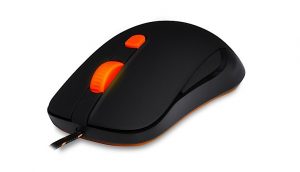 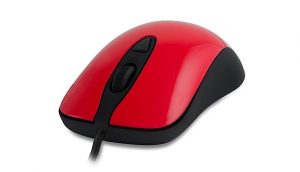 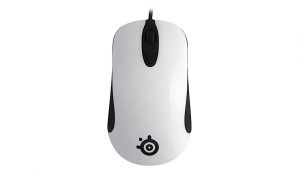 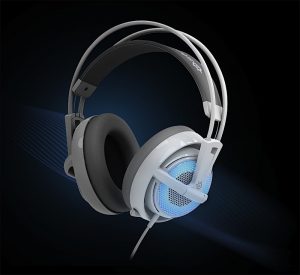 LAS VEGAS, CES – Jan. 10, 2012 –SteelSeries the leading manufacturer of premium-quality, competitive gaming peripherals, today introduced the SteelSeries Flux headset. Compatible with PC, Mac® and Mobile devices, the Flux features new, on-ear mesh cloth cushions that pump out impressive sound levels via its 40mm driver units. The headset includes cable connections for an in-line, uni-directional microphone with mute controls that connect to PC as well as a connector with a single 3.5mm jack for Mac® and mobile devices. The multi-use headset was designed to be travel-friendly, the headset earcups to fold inward when wearing it around the neck, and collapse at the earcup hangers for quick and compact storage.

The SteelSeries Flux factors in convenience for the user by including 2 input jacks – one on each side, which allows for two user options: to choose which side the microphone cable can be plugged into, and the ability to “daisy chain” or plug in another headset to the Flux which allows for multiple users to listen to the same device. Customization of the SteelSeries Flux headset will provide users with the ability to order various outer plates with different colors and designs as well as various colored cushions all of which will be available in Q2.

“We work with professional gamers that travel often to tournaments and events, but we also cater to users that want headset compatibility for more than just gaming, which is where the design of the Flux began,” said Bruce Hawver, SteelSeries CEO. “This headset is meant to be more about the user, versus just another audio option – we brought together color and plate design options with the versatility of being able to plug in and use the audio and microphone with any device. If you play games on your PC, you most likely also listen to music and make calls, and you want a headset that will allow you adapt.”

The SteelSeries Flux will be available in Q2, which is also when pricing will be released. More details about colors and design options will be released closer to product availability. For more information about the new SteelSeries Flux headset features, please visit http://steelseri.es/flux. Be sure to follow us on Facebook and Twitter for new product updates as well as a snapshot of all SteelSeries CES product announcements at http://steelseri.es/ces2012.

LAS VEGAS, CES – Jan. 10, 2012 –SteelSeries the leading manufacturer of premium-quality, competitive gaming peripherals today, introduced the SteelSeries Ion Wireless Controller. Through a licensing partnership with Zeemote Technology Inc., the SteelSeries Ion is designed to work fully with your PC, additionally the controller brings classic control schemes to touch screen devices like tablets and phones. The compact controller connects wirelessly through Bluetooth and can be easily customized and configured through its own application on the device.

“For PC users, the SteelSeries Ion is a convenient alternative, especially if they want something other than their mouse or keyboard as their tool. And for consumers with tablets and Smartphone’s, it really is an ideal accessory” said Bruce Hawver, SteelSeries CEO. “Whether you’re sling shooting birds or playing a word game with friends, there are games that are ideal for touch screen. Those types of games however, are not the only games available; there are a number of first-person shooter and RTS games that aren’t downloaded or played as frequently as they could be, because the touch screen doesn’t provide an optimal experience. The SteelSeries Ion provides the advantage for those types of games.”

Measuring only about the size of a standard deck of cards (approximately 108mm in length, 55.5mm in width and 18mm thick); the lightweight controller can be easily stored and carried. It connects through Bluetooth to your PC and/or your mobile device and includes a white LED light on the controller indicating a connection. The SteelSeries Ion includes a rechargeable, lithium battery that will provide up to 20 hours of wireless use and can be plugged into your device for charge and play use.

The SteelSeries Ion boasts a classic controller design that includes 2 mini-joysticks, a left side Dpad button, 2 trigger buttons one at each shoulder, and a four button layout on the right, similar to familiar Nintendo®, Xbox 360® and PlayStation® controllers. The buttons can be customized through an easy-to-use interface for both PC and mobile devices.
The SteelSeries Ion Wireless Controller will be available in Q3; pricing will be announced closer to its availability. For more information about the new SteelSeries Ion, please visit http://steelseri.es/ion. Be sure to follow us on Facebook and Twitter for new product updates as well as a snapshot of all SteelSeries CES product announcements at http://steelseri.es/ces2012.

“With the Designed by Gamers campaign, it was the first time we asked our fans and followers to choose a design for us, and we were incredibly proud to see the response from the community – it makes sense that consumers, specifically our consumers want to have a say in what we?re creating, said Kim Rom, SteelSeries CMO. “This new line-up of mice were each designed to fulfill the needs of different types of players, especially those who may not need all of the customization that can be found in the SteelSeries Sensei.”

The SteelSeries Kana, Kinzu v2 and Kinzu v2 Pro Edition are all powered by the SteelSeries Engine. It allows users to customize the mice with the ability for unlimited profiles, program buttons, set the polling rate, create macros, customize CPI settings, optimize your layout by recording movements and viewing a heat map of button usage and more.

Illuminated scroll wheel with LED intensity options that can be assigned to indicate the
currently active CPI profile.

Rom adds that, “The Kinzu v2 and Kinzu v2 Pro Edition are for players who don?t want anything more than minimal buttons and functionality, but that recognize minimal still means quality and precision.”

SteelSeries Kinzu v2 Pro Edition features:
Tournament-grade Omron button switches which are recognized by the industry and the community as reliable, high-end hardware components that deliver “best-in-class? performance and feedback.

Ambidextrous shape with 4-button layout including the CPI toggle

For more information about the new SteelSeries mice, as well as all the SteelSeries products launching during CES please visit, http://steelseri.es/ces2012.

“The Siberia v2 Frost Blue combine’s incredible sound with a style that is not only recognized, but is an original design that’s been optimized and improved,” said Jacob Wolff-Petersen, SteelSeries Founder. “This headset packs a loud and crisp soundscape with the expected luxury for the user to be able to adjust everything – from illumination options, equalizer settings to creating and assigning profiles for multiple game titles and players, all through the SteelSeries Engine software.”

The headset illumination offers 6 different modes and can be assigned to behavior and game specific profiles through the SteelSeries Engine, including: Active Mode (responsive pulsing to sound effects, music, and/or voice), Slow Pulse, Fast Pulse, High Bright, Low Bright and Off. The Siberia v2 Frost Blue will also features an active noise cancelling, “smart” microphone system that retracts when not in use. The microphones processor reduces the “noise” and focuses on the sound that is closer to the mic, your voice. Its in-line volume and mute controls are found on a durable, double-braided nylon cord with a USB connector.

Bharat Nagpal
Founder and Chief Editor of iGyaan. Bharat likes to keep on top of technology ! Follow Him on Google Plus : Google+
You Might Also Like
ComputingGadgetGames and GamingHardware News
Read More