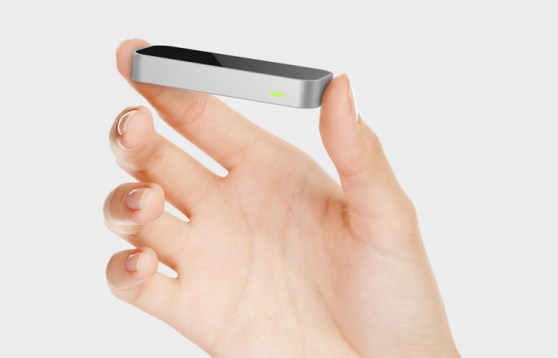 In the near future, people will wear head-mounted computers and control them by moving hands through the air. They’ll learn guitar using programs that track the placement of each finger on each string. And in online combat games, they’ll smite an enemy with their fists.

Those are some of the applications that founders of Leap Motion foresee for motion sensing, as precision improves and pricing declines. And as the company prepares to launch its first product in Q1 – a $70 motion-sensing device that works with a computer – VCs are buying into the vision.

Leap Motion announced that it has raised $30 million in Series B funding. Co-founder and CEO Michael Buckwaldsaid that the company is still planning to ship its gesture-based controller sometime during the first quarter of this year, and he’s also announcing a partnership with Asus that should help get Leap Motion into the hands of consumers.

In this case, Asus is supposed to bundle the Leap Motion controller with its All-In-One PCs and high-end notebooks.

“Leap Motion is poised to fundamentally change human/computer interaction, and this new funding will help us bring our technology to the mass global market,” said Leap Motion CEO Michael Buckwald. “With this influx of capital, coupled with the major OEM partnership we also announced today, we’re ready to make 2013 the year of the new interface.”

The new funding round will be used to scale manufacturing in preparation for the retail launch of the Leap Motion controller in early 2013. Leap Motion’s technology can track movements to 1/100th millimeter — smaller than the tip of a pin — with no visible lag time. The Leap Motion controller has a 150-degree field of view, and tracks individual hands and all 10 fingers at 290 frames per second.

Check out the demo video below :