by Shivaank RanaFebruary 10, 2013
1
Now Reading
The Chromebook Pixel With 2560×1700 Touchscreen May Just Turn Out To Be Real
Browse This Page 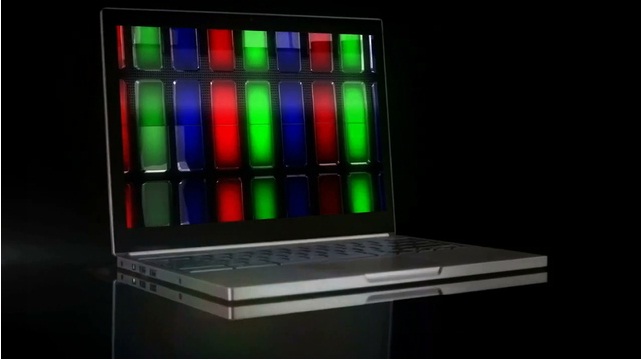 We’re still not sure whether the high-resolution Chromebook Pixel purportedly leaked in a video last week is real, but developer François Beaufort — who’s leaked Chome OS information before — has unearthed a piece of potential evidence. Beaufort has posted a link to a piece of documentation for a multi-colored “lightbar scheme.” Here’s part of the description:

Yet another set of tweaks to the lightbar patterns:

At Startup or wake from sleep, Google colors cycle in.

Shutting down, or going into sleep: Cycle out the Google colors

Based on the above, the feature certainly isn’t in existing Chromebooks, and it’s consistent with a shot of the Pixel in the earlier leaked video.

The world took to the idea of the Chromebook Pixel as it was tipped to support a massive quantity of pixels, perhaps more than four million, allowing the laptop to have a 2560 x 1700 display. That, as part of a machine that the video intoned again and again was ‘designed by Google’ snapped the world to attention.

In an odd world in which software and service companies are becoming OEMs to compete, having Google enter this space with a machine under its own flag would be no small market event.

Even more, the Chromebook Pixel could sport a touchscreen display. The video itself shows off a user touching the screen, pinching to zoom in on a jellyfish.

If Chrome OS is ever going to be a mainstream success, it needs to make a move now, because its best chance is ticking away.

You can watch the video below :