If you’re a CEO or a high-ranking government official, your new ride is here. The 2014 Mercedes Benz S-Class has finally been unveiled, with Merc boss Dr Dieter Zetsche, describing it as “the best automobile in the world”. Packed with stunning technology and a completely revamped design, the best of the Benz sedans has managed to improve upon its predecessor massively, and that’s much easier said than done. The new S-Class reinforces Benz’s new direction in design, taking cues from the new E-Class and CLA-Class. The front has a new, larger radiator grille, flanked by well-shaped feline-like LED headlights. Reception to the new front-end and the LED headlights has been mixed, but we’re leaning towards the positive side with this one. The front fender reminds us of the A-Class with an aggressive bottom end. Distinct character lines run down the sides and the sloping roofline makes another appearance here, along with sharp taillights. All in all, Mercedes Benz has maintained the elegance of the S-Class with wholesale changes resulting in a pleasing, simplistic design. As always the new S-Class features the best and newest technology Merc’s engineers have developed over the last few years. With luxury nearing that found in a private jet, and technology like that of a fighter jet, the new S-Class comes with a very fair share of goodies, not limited to the following: The 2014 S-Class will be offered with a choice of four engines, including two hybrids – the S 400 petrol and S 300 BlueTEC diesel. The conventional petrol and diesel models badged S 500 and S350 BlueTEC respectively complete the lineup. Powered by a 449bhp 4.7-litre twin-turbo V8, the S 500 is by far the fastest, covering 0-62mph in 4.8 seconds, while the S 300 BlueTEC Hybrid combines a 201bhp 2.1-litre diesel engine with a 27bhp electric motor for a combined fuel economy of 64mpg and CO2 emissions of 115g/km. AMG models are expected to be announced in the coming year as well. Ever since Daimler-Chrysler announced the discontinuation of the Maybach brand, the S-Class has assumed the mantle of being its most luxurious offering. The 2014 S-Class is really tough to fault, with a majestic presence, efficient German engineering under the hood and the interior worthy of a Rolls-Royce. Everyone may not love the look of the new S-Class, but there’s no doubting that it still is one of the best cars available in the market today. 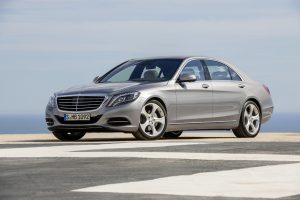 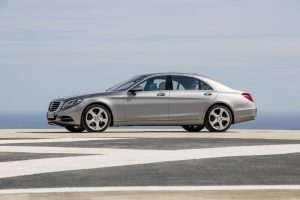 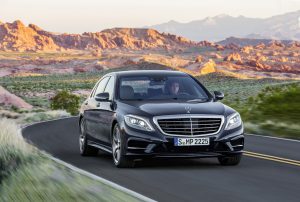 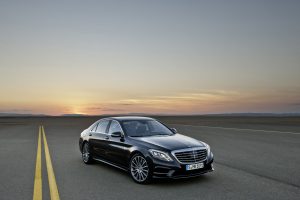 likethis
What's your reaction?
Awesome
0%
Epic
0%
Like
0%
I Want This
0%
Meh
0%
Posted In
AutoGyaan, Latest, Mercedes
Tags
s-class
s-class
About The Author