Micromax Canvas Music A88 Unboxing and Hands on (Video) Micromax and several other companies are announcing phones left, right and center. But, in the mix has come something that has the mega potential for our marketplace. Micromax has collaborated with JBL and launched the new Canvas Music A88 smartphone. The device runs on a Mediatek Chipset and comes bundled with JBL headphones, the kind that retail upwards of Rs. 2500 separately. If you consider the price of the headphones into account the  cost of the phone itself would be around Rs. 6000, where as with the bundle its available for Rs. 8500, which according to us is an attractive package. The handset is laden with the usual flavors of Android; a touch display, a camera on the back and one in the front, few buttons. Wait !, it also makes phone calls, and sends messages, plays music and download apps, a whole load of them by the looks of it.

The Micromax Canvas Music A88 is powered by a Mediatek Dual Core MT65771 Ghz chipset, a PowerVR SGX 531 GPU does the work for the graphics and the Music has 512 MB RAM. For storage the Canvas Music A88 has 4 GB of total ROM out of which 1.93 GB is available to the end user. The Canvas Music seems snappy as far as the OS and UI are concerned, usual changes between panels and applications are swift as well. The browser seems quite capable of its potential and so does video playback, along with good sound from the speaker. The Headphones are the real winner here, with excellent audio, great low levels and crystal clear MIDs. Micromax is counting on their new Music streaming service to do wonders for the handset, which allows users to download and listen to the latest music, practically free of cost. Rivaling many a music streaming services from other companies, the Micromax version remains free.

Check out the hands on images and the full unboxing video. 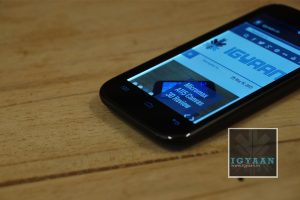 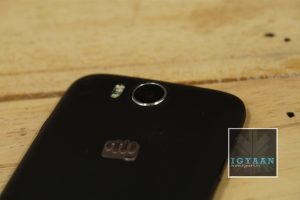