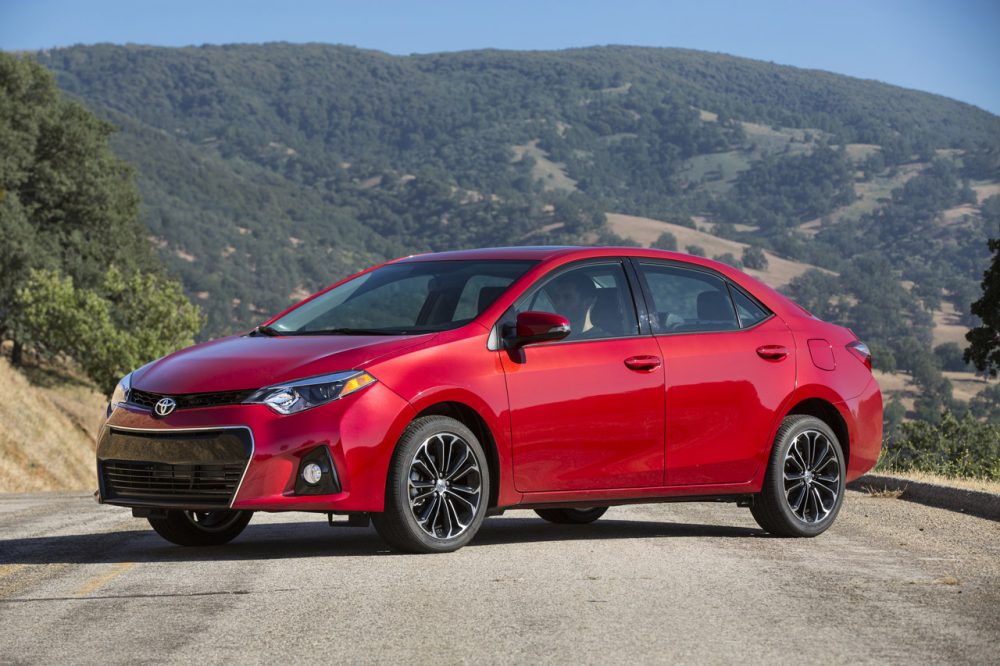 The Toyota Corolla is widely known as the best-selling car on the planet and after tons of teasing, the long overdue update has finally been unveiled by Toyota. This is the 2014 Toyota Corolla and it features the new design language, first seen on the Furia Concept, which Toyota calls “Iconic Dynamism.” Likely to be known as the Corolla Altis in India, the car features much sharper styling than its predecessors. In an effort to solve the demerits of a now dated design, Toyota has added nearly 4 inches to the wheelbase. Here are the exact numbers:

The newly designed front end is testament to Toyota’s ambition of attracting a younger generation to its 47 year old torch bearer, with its aggressive and sporty styling. A prominent shoulder line, the kink in the window line and heavily creased bumpers remain from the Furia concept, adding character to the previously demure image of the Corolla. The wraparound tail-lamps are sharper and the presence of the Furia’s modern, tightly stretched skin is also evident. We wish more attention had been paid to the uninspiring rear end, but have no doubt that the 2014 Corolla’s new image is a very welcome change. Internationally, engine choices will consist of two 1.8-liter four-cylinder units. One will offer dual VVT-i technology – where the valve timing on both the intake and exhaust are infinitely variable – and will produce 132 horsepower and 128 pound-feet of torque. The other, more efficient version will utilise Toyota’s new Valvematic technology to put out 140 horses and 126 lb-ft of torque. It is not known right now if the Valvematic engine will make its way to India, but the 1.4-litre diesel engine currently offered in the country is expected to be available as well. Here are detailed specs of the two internation 1.8-litre engines:

With the new CVTi-S automatic, Toyota claims a “17 kpl estimated highway fuel economy” with the Eco trim. The CVTi-S also offers a sport mode, which alters shift points and the power steering. With the S model, paddle shifters will also be part of standard equipment on the car. Apart from the new CVT, the base model Corolla L will be offered with a four-speed automatic transmission or a six-speed manual transmission, which is also available in the Corolla S in case you prefer either to paddle shifters for changing your Corolla’s gears. The S model comes with 17-inch wheels and ventilated disc brakes on all wheels, whereas the base model is equipped with 15-inch wheels with rear drums, however “Vehicle Stability Control (VSC), Traction Control (TRAC), Anti-lock Braking System (ABS), Electronic Brake-force Distribution (EBD) and Brake Assist” will come as standard, as will the Smart Stop Technology brake-override system and the electronic tire pressure monitoring system.

All new interiors make the 2014 Corolla a much nicer place to be than the outgoing model. Official pricing hasn’t been announced yet, but we’ll be sure to update you when Toyota shares any more information about the new Corolla. What do you think about the newest version of the world’ best selling car? Let us know in the comments section below!

Click here for a detailed picture gallery of the different versions of the 2014 Toyota Corolla. 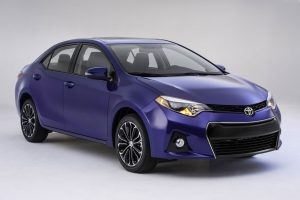 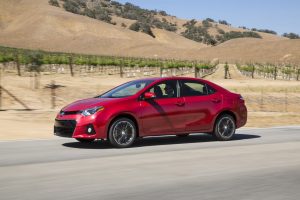 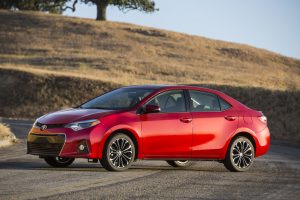