Motorola will launch the new Moto X on August 1st

by Bharat NagpalJuly 20, 2013
3
Now Reading
Motorola will launch the new Moto X on August 1st
Browse This Page
Share via

Motorola’s launch teaser for the new Moto X just went out and it seems the company is ready to launch the new phone on August 1st. While the leaks of the super-phone from the company have been a-plently what needs to be seen is whether this will be the next Nexus or not. Google’s Eric Schmidt who was allegedly already spied many times using the phone in the past has not been too secretive about the product. 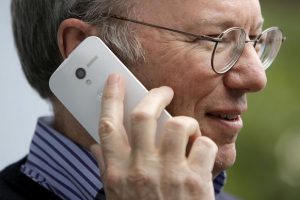 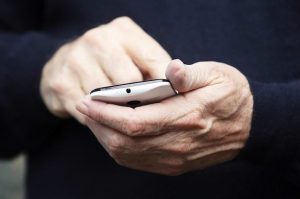 No strict details are known, but the fibre like construction and slick curves are the beginning of a new design change at the Google-Motorola campus. The Moto X is expected to be a mid range smartphone and not something that’s all that jazz. The Handset will be targeting the mass market and may even go for free on contract with various US carriers. Despite the fact that Motorola shut down its campus in India, it is expected that the company will make a sharp return India side. Lets see what Google have up their sleeve for the July 25th conference and the 1st August unveiling of the Moto X. Read below Motorola’s Press Note

[toggle title=”PR”]Moto X: The First Smartphone Assembled in the USA

There are more than 130 million smartphones in use in the USA today and not one of them was assembled here…until now.

Today at the AllThingsD conference Dennis Woodside revealed how we are reinventing Motorola through a portfolio of products starting with Moto X, a new flagship smartphone that will be designed, engineered and assembled in the USA. We’re not talking about just a handful of units either — available this summer, every Moto X sold in the USA will be assembled in Fort Worth, Texas, making it the first smartphone ever assembled domestically.

There were a few reasons why we decided to do this. There are several business advantages to having our Illinois and California-based designers and engineers much closer to our factory. For instance, we’ll be able to iterate on design much faster, create a leaner supply chain, respond much more quickly to purchasing trends and demands, and deliver devices to people here much more quickly. And as a part of Google we’re being encouraged to take big bets on things that make a difference.

We still have a network of global operations, and that won’t change. Our global manufacturing partner remains Flextronics and we’ll continue to assemble devices locally in China and Brazil. But Flextronics is busy looking for people for the new Fort Worth facility now. If you’re interested, we encourage you to check the available positions and apply.

This is an incredibly exciting time to be in the mobile device industry. Our role in inventing the mobile phone is well known. We’re happy to be shaping its future as well.[/toggle]

likethis
What's your reaction?
Awesome
0%
Epic
0%
Like
0%
I Want This
0%
Meh
0%
Posted In
Android, Google, Latest, Moto
Tags
motox
motox
About The Author

Bharat Nagpal
Founder and Chief Editor of iGyaan. Bharat likes to keep on top of technology ! Follow Him on Google Plus : Google+
You Might Also Like
AndroidGoogleLatestMoto
Read More