Developer Blaine Bublitz has hacked into Google Glass to give us a controller option which can be used to fly a drone. Ever since the Glass was released for developers, we’ve been seeing all sorts of apps being created for it. Google itself implied that tasks like clicking a picture, sending a message, translations and so on would probably need verbal input to function. 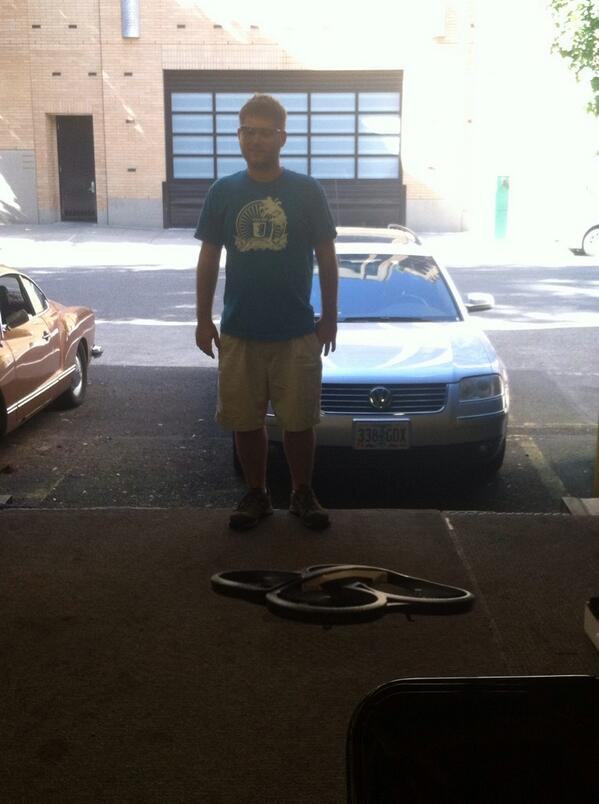 But Bublitz’s creation is the latest and probably the best. This was made possible mainly using Google Glass and JavaScript, the developer has made it possible to control and fly a Parrot AR Drone. The flying robot was controllable with help of some simple head movements. The controls were not smooth, but that can be considered keeping in mind that the project is still developing.

If you look at the video below, you will see that that drone is been controlled by the Glass. If you need more information on how this was made possible and what coding was used for the JavaScript, you can click here to go the developers blog.

These experiments can lead to great results which can be useful to one as a person or may be to the country in the near future.

likethis
What's your reaction?
Awesome
0%
Epic
0%
Like
0%
I Want This
0%
Meh
0%
Posted In
Google, Latest
Tags
google glass
google glass
About The Author