Samsung Galaxy Round Gets Its First Advertisement: Video

by Preetish GumberOctober 28, 2013
1
Now Reading
Samsung Galaxy Round Gets Its First Advertisement: Video
Browse This Page 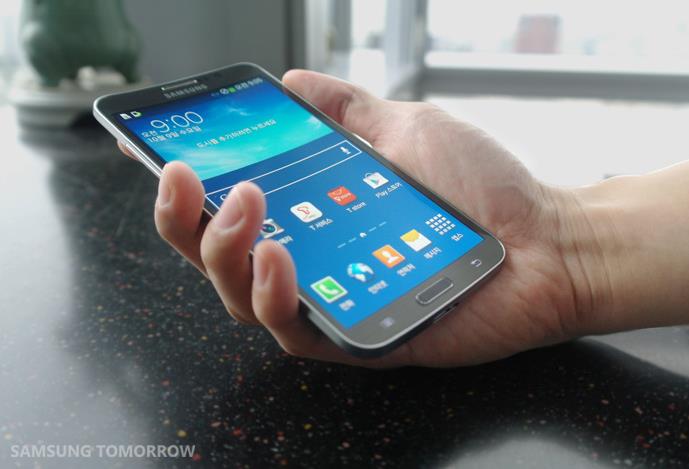 Samsung recently launched Galaxy Round in Korea, the curved display phone is said to be only available in the Korean market , atleast for now. The Samsung Galaxy round was earlier displayed through images and a not so clear video which showed everyone a tilt effect of the phone. However, Samsung Mobile Korea today released the first advertisement for the Samsung Galaxy Round, the 32 seconds clip shows various objects along with the device itself. It seems that Samsung is trying to relate these by conveying a message that everything around us is curved so why not the phone ? You can check out the Samsung Galaxy Round Video above. The Samsung Galaxy Round is powered by a 2.3 GHz Krait 400 Quad-core processor with a Snapdragon 800 Chipset (the much awaited chipset for ‘Samsung’ devices in India) and an Adreno 330 GPU. The device sports a 13 MP camera at the back along with LED Flash and a 2 MP front camera. The 13 MP rear camera does videos at 2160p @30fps and 1080p @60fps.

The Galaxy Round is available in the Korean market and is launched in the luxury brown color for now. The device measures 151.1 x 79.6 x 7.9 mm and weighs 154 grams. If we talk about the connectivity option on the Galaxy Round, we will again see something very similar to what we saw on the Galaxy Note 3 as the images of the Galaxy Round clearly shows the USB 3.0 port.

likethis
What's your reaction?
Awesome
0%
Epic
0%
Like
0%
I Want This
0%
Meh
0%
Posted In
Android, Latest, Samsung
Tags
galaxy round
galaxy round
About The Author