BlackBerry Messenger for Android and iOS was available some time back for Android devices and iPhones. At present the BBM app on Android has more than 10,000,000 downloads and a big number of downloads from iPhones as well.

Now, this number will increase soon, as BlackBerry has announced that BBM app for iOS will now support iPads and iPods as well(Good news for BB fans), the only condition would be you should be on iOS 6 or higher. That is not all, alongside the addition of the apps compatibility with iPads and iPods the company has also issued some bug fixes that will take care of the problems like battery drainage issue of Android devices and the missing contact name issues on iOS devices. 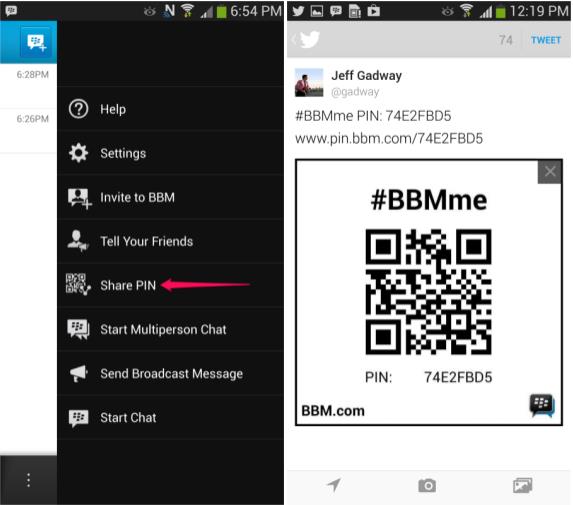 BlackBerry has also added PIN Barcode system, introduced in the update to BBM for Android and iPhone, the new Share PIN option makes sharing your PIN Barcode easier. Using this option you can quickly share your PIN Barcode to any social networking site or anywhere else you like. Feel free to update your app and get more information from the links below.