Its no surprise that Motorola will be the first company to drop in the most interesting piece of hardware in the new ecosystem announced by Google, aka Android Wear. Called the Moto 360, its possibly the best vision of what a smart watch should be like. Motorola has taken the traditional route with the new Moto 360 keeping the design round and the materials very robust. A generous use of Steel and Leather alongside a tried and tested milled round design make the hardware look very promising.

Thanks to very enticing images, we are now aware that the Moto 360 will show maps as well as updates from Google Now. Motorola may have hit the nail right on the head with the new Moto 360, it is said to be available in the summer in a list of varied styles including a Leather strap or all metal strap. 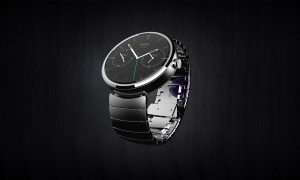 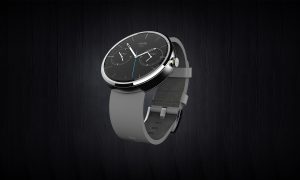 Its goes on sale in the US in the summer to start with, expected globally soon after.

Bharat Nagpal
Founder and Chief Editor of iGyaan. Bharat likes to keep on top of technology ! Follow Him on Google Plus : Google+
You Might Also Like
AndroidGadgetLatestLifestyle
Read More