Ethanol: From Corn to Your Car

by Happy NagashettiJune 10, 2014
1
Now Reading
Ethanol: From Corn to Your Car
Browse This Page Alternative fuel is the talk of the town. With the environment degrading with each passing day and more and more people joining the sane club of those who accept the climate change reality. The race to find the next best fuel is intense. Ethanol seems to be the immediate answer to the issue. Now is the time for Alternative fuels

There are many contenders for the title of the best alternative fuel. There is everyone’s favorite; Solar energy. This is in fact the cleanest and the best fuel for our civilization. There have been massive investments around the world to substitute solar power as an alternative to coal based power.

There are Wind and Geothermal energy options which are also seen as good long term solutions for the global energy crisis. These options are great for electricity solutions but we still have major issue of pollution from automobiles around the world. These gas based monsters will take forever to replace to electric car systems which are still in developmental phase. The alternatives are not yet efficient enough as their internal combustion engine counterparts.

So how do we take on the menace of fossil fuel powered, greenhouse gas emitting vehicles which have become so essential for our lives that it’s hard to imagine a life without them. As India imports around 70% of its petroleum needs, the need to find alternatives is extremely important. The immediate solution can be found in Ethanol. As seen by the official Government of India figures, India’s fuel bill has been rising yearly. The sector that consumes the most fuel is transportation. Urgent steps need to be taken to reduce the massive expenditure on fuel or else we would have shortage of funds for developmental initiatives for education, healthcare and social improvements.

Ethanol is an organic compound that can be made with corn starch, sugar cane, sugar beet,  grain,  barley, hemp, potatoes, sweet potatoes, cassava, sunflower, fruit, grain, wheat, straw, cotton, other biomass and many more. It can also be made from the by-products of sugar processing plants. Considering the amount of sugar that is in our food today, it seems there is a lot of sugar waste (molasses) out there. Currently most of it goes into the production of alcohol (Hail Old Monk).

Ethanol can be blended in with the petrol to make it more environmental friendly. Not just that, it can help to battle the meteoric rise in fuel prices. It needs an extra step in the distillation process and for this sugar plants can be retrofitted for an Ethanol treatment facility.

There are many blending options. There is e10 with 10% blend to e85 which is an 85% blend of Ethanol to petrol. The e10 can work in any vehical that was made after 1980 and e85 works with flexible fuel cars. Ethanol has about 35% oxygen which helps burn up completely thereby emitting less toxic gases. 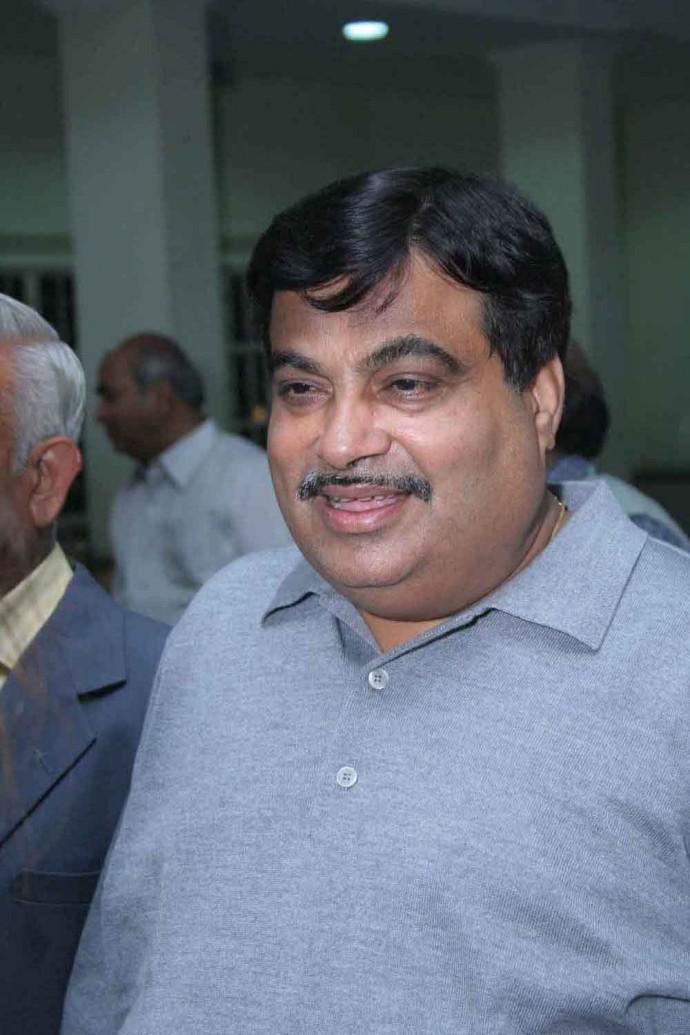 Recently the new Transport Minister of India, Nitin Gadkari declared an initiative to blend ethanol to save foreign exchange. Indian oil companies have expressed a desire to buy ethanol but they can’t find enough supply here. One of the prime reasons for this is that alcohol companies give higher prices for molasses than Ethanol producers.

According to Nitin Gadkari’s company Purti group; which is a producer of Ethanol, if 140 crore litre of ethanol can be procured in an year, it can save about Rs. 63000 Crores of precious foreign exchange on petrol.

This action, while commended for being an economically directed initiative is also being berated for its short sightedness. India has been facing the wrath of food inflation for a while. If there is a shift in the agricultural sector from food crops to fuel crops it can severely increase food prices. Also as there is an acute shortage of talented agricultural scientists, educating the farmers on increasing the efficiency will be an issue.

Currently in the world market US and Brazil are the top manufacturers of ethanol. They produce around 90% of the world’s ethanol. While US’s production is more grain based, Brazil opts for Sugarcane. As India is the second highest producer of the sugarcane, it can easily exploit that statistic in its favor. India has a biofuel policy but what is really required is long term commitments from the top brass. Investment in education of farmers to manage sustainability between food and fuel crops should also be a parallel priority.

There is also a major issue with Ethanol, if a sustainable plan isn’t worked out, farmers will dedicate a lot of land and may even clear forests for its production. This will negate whatever benefit is gained from blending it with petrol. In fact, cutting down forests adds more greenhouse gases than any other source.

Recently a group of Stanford University scientists have discovered a process by which Ethanol can be harvested without using plant agricultural resources. The process involves passing Carbon monoxide through an “oxide-derived” copper electrode. The team is now looking into making the process more efficient so that land resources can remain just for food instead of being pressurized into fueling stomachs as well as fuel tanks. This kind of developmental research and innovation should be encouraged by the governments everywhere. Overall the major issue with Ethanol still is that it is a short term action plan and we have to focus on long term solutions. One sure shot solution that comes to mind is Electric Vehicles. EV’s technology unknown to many is about a 100 years old. They were abandoned because of malicious campaigns against it and the cheap availability of fossil fuels in that era.

We are now close to exhausting accessible fossil fuels reserves. Exploring new places to extract oil from earth comes at a cost like the incident with BP’s Deep Water Horizon. The need for alternative transportation investment is extremely crucial right now. The time for inaction is long past gone.

If only farts could power vehicles, we Indians would have had free energy for life.

likethis
What's your reaction?
Awesome
0%
Epic
0%
Like
0%
I Want This
0%
Meh
0%
Posted In
AutoGyaan, Editorial, Government, Law and Policy, Latest
Tags
Environment
Environment
About The Author

Happy Nagashetti
iGyaan Network's newbie Happy is a Technological Hedonist, Traveller, Photographer, Curious Humanoid and a giant foodie who is always pumped up for new adventures.
You Might Also Like
AutoGyaanEditorialGovernment, Law and PolicyLatest
Read More