Microsoft’s Xbox One Finally Set to Launch in India Well the wait is over, Microsoft has officially confirmed that Xbox One will be available in India on 23rd Sept 2014 starting at INR 39,990. They will also launch Xbox One with Kinect at INR 45,990. Both bundles will include the Xbox One console with a 500GB hard drive, Xbox One Wireless Controller, and a free 14-day trial of Xbox Live Gold for new members. 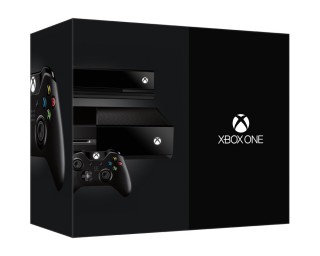 Microsoft had announced a rough September timeline for India launch (along with 25 other countries) back in March. Conspicuously, Sony launched the PS4 in India (at the same Rs. 39,990 price) in January making Microsoft lag behind by 9 months.

The owners of Xbox One with Kinect will be able to experience a number of games and entertainment experiences special to Xbox such as gesture controls, biometric sign-in, controller paring, Skype video calls, direct personalization, instant scanning of QR codes, and improved features only available with Kinect in games such “Kinect Sports Rivals,” “Dead Rising 3,” and “Project Spark.”

Both the Microsoft Xbox One and Sony PlayStation 4 use an incorporated CPU-GPU design by AMD, including an 8-core low power x86-64 AMD “Jaguar” CPU. The Xbox One’s CPU cores runs at 1.75GHz, compared to the Sony PlayStation 4’s 1.6GHz. Although, it doesn’t make any tangible difference.

Xbox One is packed with features like the Game DVR/Upload which lets you capture and record your greatest game moments and through ‘Upload Studio’ you can easily edit and share clips with your friends and  community. It also offers many apps such as Skype which is specially designed for Xbox One, Internet Explorer,  OneDrive, Twitch, Machinima and IGN integrated flawlessly with your games and TV experience.

Back in 2013 when it was launched in USA, Microsoft sold approximately 2 million units of Xbox One gaming consoles in its first 18 days on sale. It is too early to say that Microsoft will match its success in India, but it surely will give a tough competition to Sony’s PS 4.

Parul Ritvik Sood
iGyaan Network's newbie, Parul is a Writer, Poet, Reader and Mass Communication Graduate with great interest in startups and entrepreneurship.
You Might Also Like
BusinessGames and GamingiGyaanLatest
Read More