by Sahil KapoorJuly 29, 2019
0
Now Reading
Xiaomi Is The Number One Smartphone Seller In India For Q2 Of 2019
Browse This Page India being one of the most populated country in world, also has a massive smartphone user base. The research firm, Canalys has shared an India bound sales report that exhibits the sales performance of different smartphone OEMs in the country.

According to a report published by Canalys, Chinese smartphone maker, Xiaomi has once again come out on top as the most selling smartphone maker in India for the Q2 of 2019 (April to June). Noteworthy, the position has been held by Xiaomi since 2017 after it surpassed Samsung that held the postition for an extended period of time. In terms of sales figures, Xiaomi sold 10.3 million (1.03 crore) smartphones in the Q2 of 2019 which is 4 percent higher in contrast to its yesteryear’s comparable quarter.

On the other hand, the Korean giant, Samsung secured the number two position as it sold 7.3 million smartphones in the same time period. However, in comparison to Q2 of 2018, overall shipments have slumed by 27 percent which is sharp downfall.

The third postion in list is held by Vivo which surprisingly has registered extraordinary growth due to its strong offline penetration. The company sold 5.8 million smartphones in Q2 of 2019 which is 63 percent higher in comparison to previous years corresponding quarter, in which, it sold 3.6 million units. 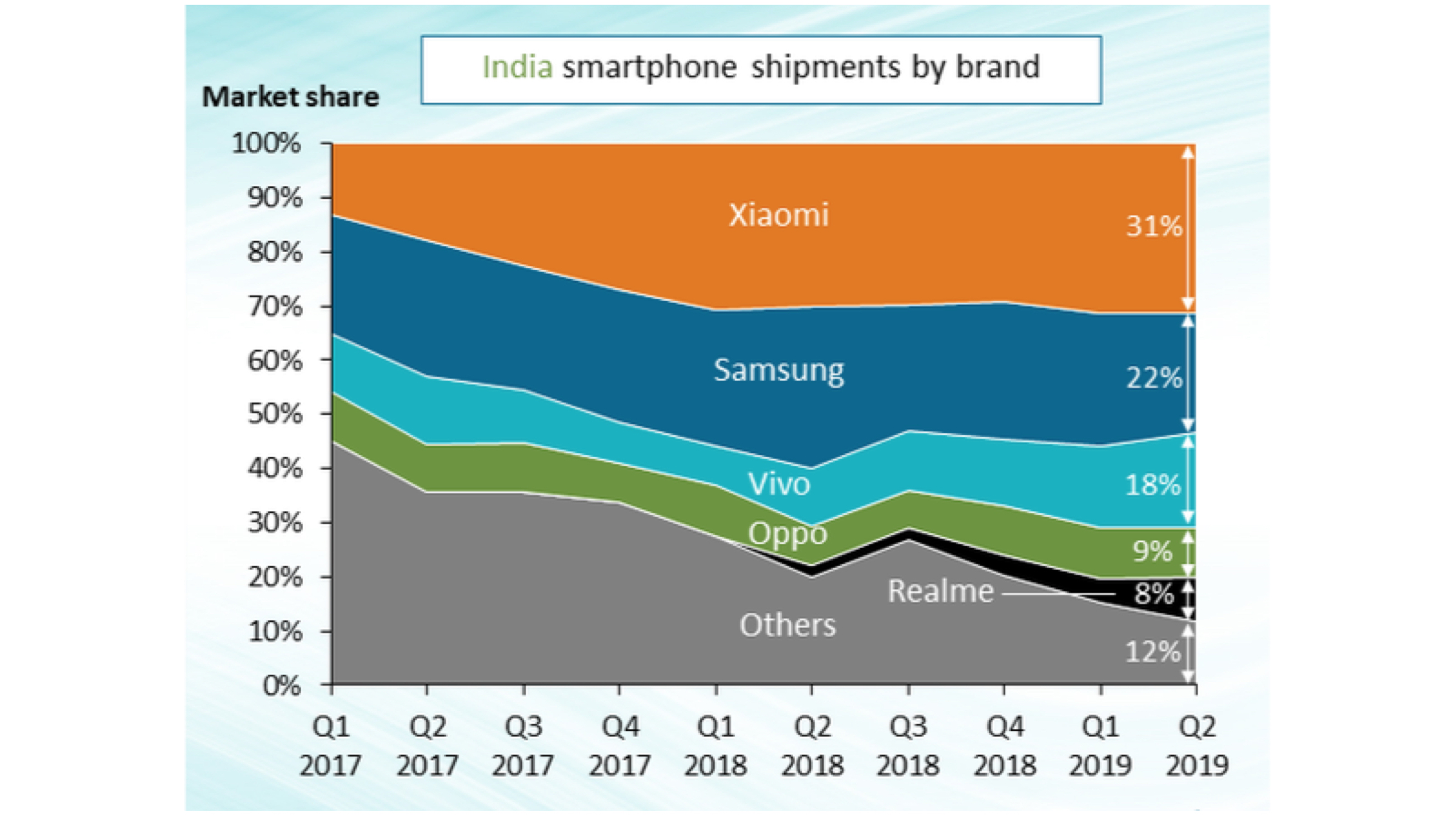 Last but not the least, other brands collectively that include Apple, Micromax and many more saw a sales dip of 42 percent in comparison to the year 2018.

Overall, the Indian smartphone industry saw a negative sales growth of 0.1 million smartphones in comparison to Q2 of 2019 and Q2 of 2018. Nevertheless, the all inclusive sales are 33 million or 3.3 crore which is an enormous figure.

likethis
What's your reaction?
Awesome
44%
Epic
13%
Like
19%
I Want This
13%
Meh
13%
Source
Canalys
Posted In
Business, Latest, Mobile, Top Around the Web
Tags
report
report
About The Author

The US Clears Huawei Off Its Entity List, Can Restore Relations With American Firms