Top 5 Wearable Gadgets That You Can Buy Today While we wait for the elusive iWatch to appear magically on Tim Cook’s wrist. Here is a list of wearable gadgets you can buy right now: Any surprise that this one tops our list? There is no doubt that Google Glass is one of the most coveted wearable technology available today. Its the one sci-fi-looking gadget that everyone can’t wait to get their hands on. Developed by Google X, it became available to the general public earlier this year. The increasing number of Google Glass invites had led to Project Glass being open to everyone in the US and now the UK. The Jawbone Up wristband combines sleep-cycle tracker, a meal tracker, a pedometer, an activity tracker, and a vibrating alarm clock in one neat little bracelet. This can be connected to your iPhone. In an effort to keep its owner active, the Up even vibrates when you’ve been sitting still too long. Sweat-proof and water-resistant, the Up is a good looker as well. It costs $99, and comes in four colours: blue, black, white, and red. The Misfit Shine fitness tracker has a sharp design, and is compatible with a variety of wearable accessories. Its best part: The device lasts four months on a single battery. It is also waterproof and can be used for swimming. Minimal design doesn’t display detailed data on the device. It currently works only with iOS and needs to be held close to phone screen to sync. The Shine is one of the most stylish and futuristic-looking fitness trackers in the market. The Pebble Watch is waterproof, runs a ton of apps, and is compatible with both iOS and Android phones. Recently, it has partnered with Misfit, a fitness tracking company, for a new app. The gadget, with a major software update and a new app store is all set to customize itself and fit right in your life. The only drawback is the lack of touch screen and multitasking limits the capability of apps. 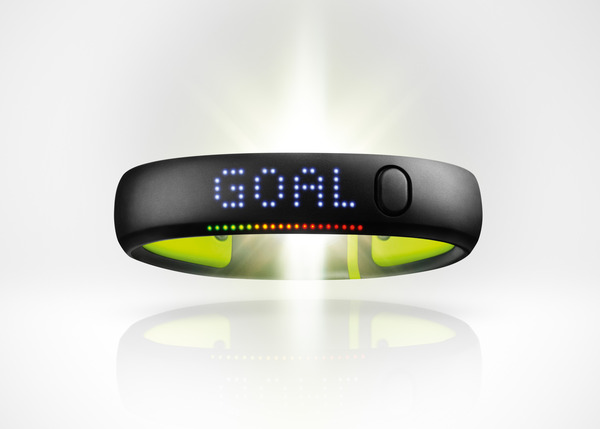 As a fitness tracker, the Nike+ Fuel Band offers a simple, attractive design manages to completely stays out of your way during most physical activities. Its pedometer tracks steps taken, calories burned, and a proprietary measurement of activity called Nike Fuel. The accompanying iOS app and Nike+ Web site offer great motivational tricks too. Nike FuelBand can be very effective as a motivator for casual exercise.

likethis
What's your reaction?
Awesome
0%
Epic
0%
Like
0%
I Want This
0%
Meh
0%
Posted In
Entertainment, Latest, Lifestyle
Tags
About The Author

Parul Ritvik Sood
iGyaan Network's newbie, Parul is a Writer, Poet, Reader and Mass Communication Graduate with great interest in startups and entrepreneurship.
You Might Also Like
EntertainmentLatestLifestyle
Read More