5 Easy Ways You Can Shoot Underwater This Summer Summers are here in full force and its that time when we can beat the heat and enjoy swim sessions with friends and family. Now it would be nice to ingrain some of these fun memories digitally. But there is always that horrifying thought of dropping your phone in the water. Luckily, companies these days are coming up with new devices that can shoot and click near or underwater without any damage caused.

If you’re really serious about it, you could invest in a new phone. Sony started the ball rolling for high-end water resistant smartphones when it announced the Xperia Z back in 2013. Since then in almost all its top-of-the-range Xperia Android phones have been able to survive a dunking. It is touted to be the World’s best camera and camcorder in a waterproof smartphone device. We’d give this one some serious thought. 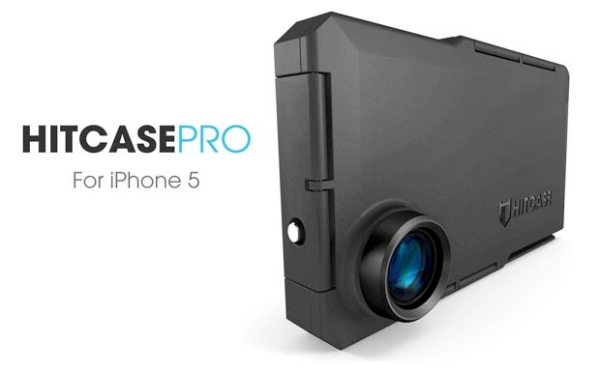 The Hitcase Pro for iPhone 5 turns your iPhone into a rugged GoPro style video camera with a fisheye lens and a water proof and shock proof case. There are also optional accessories available which help users mount their iPhone 5 to a car, boat and helmet. The Hitcase Pro works great in extreme environments or while playing extreme sports. Use it for any activity where someone might want to shoot video with an iPhone 5 camera, but can’t hold the phone while shooting. Panasonic Lumix TS5 is still the best rugged, waterproof camera for the second year running. No competitor can match its excellent photo and video quality under a variety of conditions both above and below water. The camera can dive upto 13metres deep and can even withstand a 2 metre drop.

The Olympus TG-2 is a fantastic splashproof pocket camera, one that you can take snorkeling on its own, or take it deeper while diving using its PT-053 Underwater Housing. In addition, the TG-2 Tough lives up to its name, as it is shockproof, crushproof, freezeproof and dustproof. With a fast f2.0 lens, and an impressive depth rating of 50 feet (without a housing), the Olympus TG-2 is a great camera to keep with you on the boat, and take with you while swimming or in any damp environment without any concern for it getting wet. And lastly, its the super-cool housing that GoPro introduced recently. It can accommodate two HERO 3+ Black Edition cameras enabling you to capture full-resolution video and photos simultaneously without compromised image quality. By having two separate cameras housed in the Dual HERO System, you will be able to record video and still images at the same time. Having the two cameras focussed on the same subject, it will also make the recording of 3D video that much easier.

Parul Ritvik Sood
iGyaan Network's newbie, Parul is a Writer, Poet, Reader and Mass Communication Graduate with great interest in startups and entrepreneurship.
You Might Also Like
CameraiGyaanLatestLifestyle
Read More