You Can Now Correct Google Now by Simply Saying “No! I Said”

by Parul Ritvik SoodJuly 10, 2014
1
Now Reading
You Can Now Correct Google Now by Simply Saying “No! I Said”
Browse This Page 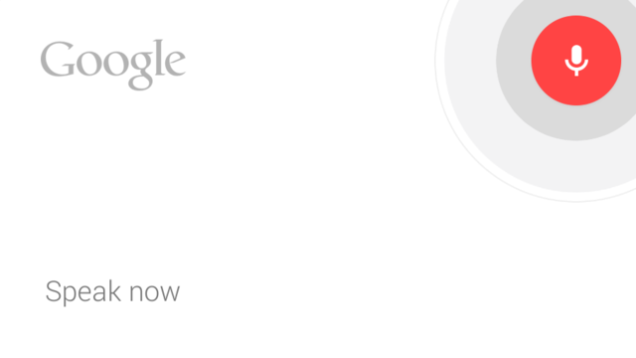 A new update for Google Now, a voice-based smart assistant, is tiny but a significant one. The new update will let users correct the search engine when it doesn’t correctly understand what they ask for.

Voice searches with Google Now can sometimes be excruciatingly irritating. Its accuracy is predicated on many factors, such as the quietness of your surroundings and the clarity of your speech and the worst of all its inability to correctly perceive non-American accents, so results can be pretty inaccurate at times. So Google, acknowledging this problem, provided an update of a correction hot phrase which starts with “No, I said,” and has to be followed by the word or words Google Now has misunderstood. So, by simply saying “No, I said” you can change certain words with your voice that Google Now misunderstood.

For example you want know what are the best ‘selfie’ phones available, but Google Now translated it to ‘cell’ phones. So, if you just say “OK Google: No, I said selfie, Google Now will correct itself and then search for what you meant in the first place, presumably because it can figure out which word is most likely to be wrong. Word correction is one of the latest Google Now features that Google has made available to the users. The virtual assistant has come a long way and learned many other cool new tricks recently. Google Now lets users control media with their voice, and it can create event cards based on email conversations, better manage call reminders, and tell you when to get off your bus or train. Google now features are also present on Android Wear based devices which will surely make life easy for many.

Parul Ritvik Sood
iGyaan Network's newbie, Parul is a Writer, Poet, Reader and Mass Communication Graduate with great interest in startups and entrepreneurship.
You Might Also Like
GoogleiGyaanLatestTech
Read More