7 Reasons Why Android is The Undefeated King in India

by Parul Ritvik SoodAugust 26, 2014
19
Now Reading
7 Reasons Why Android is The Undefeated King in India
Browse This Page
Share via

If you ever raise the question, ‘Which is the best OS for smartphones?’, it is inevitable that you will end up in an endless argument that is likely to turn into name-calling. While there are other mobile platforms, Apple’s iOS and Google’s Android have been dominant contenders in the game.

Both companies enjoy the support of loyal fans who religiously follow every minute update and change made to the mobile platforms. But, we are the country of budget phones and a ‘value for money’ market. Android makes a perfect companion of these ideals.

Here we are listing 7 reasons why Android is the undefeated king in the Indian smartphone market. Even Apple acknowledges this. Google Now is much better and functional in our country. It is not only faster than Siri at answering your questions but it also does a much better job at recognizing Indian accents. Furthermore, you also have an option of downloading the speech recognition files to the device for offline use in Android devices.

6. App publishing in Android is a lot easier 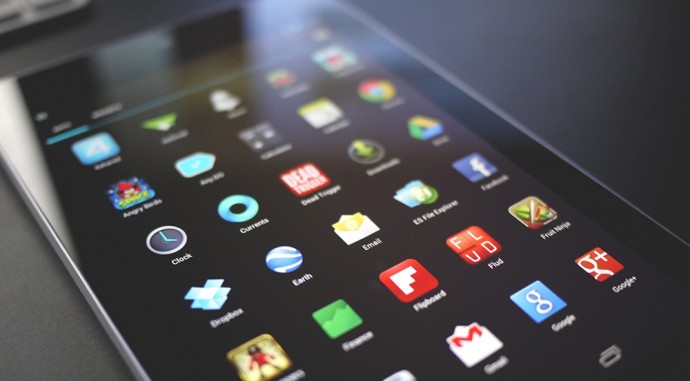 Publishing an Android app is as easy as child’s play. Once you are done making the app, you just have to sign up via a handy Eclipse wizard, and you have an APK file that can run on any device. You can email it, put it up on a web site, or upload it to Google Play and make it available worldwide within the hour. Even better, you can check install statistics and crash reports, including stack traces which identify the exclusive line of code that went wrong, and you can upload a bug-fix version immediately. On the other hand, it is a nightmare to publish an Apple app.

Android powered devices gives option of sharing media files through any installed app with sharing capabilities. That means if you want to share media file through Blogger, Tumblr, Instagram or Pinterest or any other social media app you can do it easy on Android OS devices. However, iOS restrict you to the pre-installed apps such as Message, Mail, Twitter, Facebook, and Flickr for media sharing.

4. No mandatory Multimedia apps for Android Apple needs iTunes to sync your music and iPhoto for pictures to your iOS smartphones which is a huge drawback especially for people who use Windows on their PCs and Laptops. On the other hand, Android isn’t as bothered about where your music or pictures comes from. You can just plug in your device to your laptops or PC using a USB cable and transfer music and other multimedia files with an ease. If the stock Android look doesn’t suit your taste you can customise your Android smartphones. Sky is the limit with various launchers, themes and what not, available on the Play Store. You can even download an iOS 7 theme, if that is what you are into. And yes, on most Android phones, you can unlock your device to any app you want, which comes handy when you use certain apps regularly.

It’s true Apple App store offer you many premium quality apps but most of them are paid. On the other hand, Google’s Play Store offers far more options than the App Store. Play Store has an array of genres and categories which offers amazing app (including third party apps) mostly for free or for minimal charges. Android is an open source OS and is available for any manufacturer to use, while iOS is available exclusively on the devices that Apple manufactures. This makes a huge difference as Apple’s iPhones are high-end expensive phones. For an Indian, value for money matters. You can find Android OS in the extensive price range from Rs. 3,000 to 70,000. Hence, we conclude, Android is the true king of smartphones in India.