Fiction has influenced technology many a time. Jules Verne’s Twenty Thousand Leagues Under the Sea inspired the invention of Submarines that opened a whole new world to us which was previously hidden in deep waters. Recently Captain Kirk’s handheld communicator from Star Trek inspired the Mobile Phones, which have completely changed the way we communicate.

Now Motorola has something in its kitty that promises to give you the feel of actually interacting with your phone without the need of any physical interface. This seems as if inspired by Spike Jones’ ‘Her’. The device in question is the Moto Hint. It even looks like a more practical version of the device that the protagonist wore to interact with Samantha (the AI assistant.) 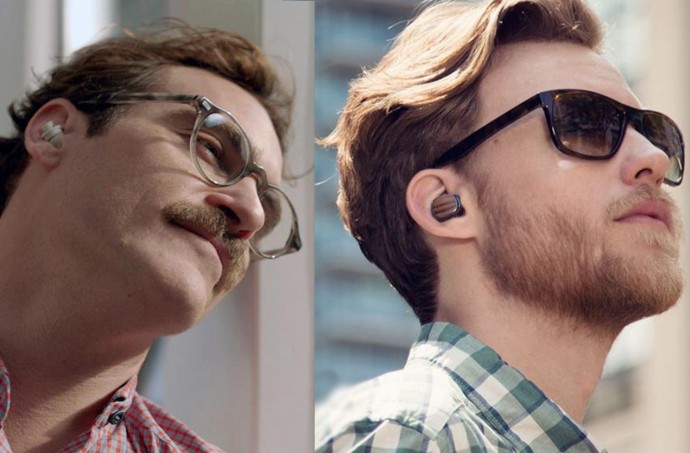 The Moto Hint is a peanut-sized Bluetooth headset that lets you do a lot more than what a usual Bluetooth hands-free device does. Perhaps this is the reason folks at Motorola prefer to call it wireless earbud or an “earable,” which doesn’t really sound appealing to the ears. The Hint does, in fact, give a hint of what the future of wearable headsets is going to look like.

Using the Moto Hint you can literally control the most important features of a smartphone using just your voice. You can read and write messages, get navigation assistance, post on social media and much more. Motorola has the distinction of superior voice interaction on its devices starting with the previous generation Moto X. The new Moto X takes that ability further and brings in custom phrasing that lets you make your own custom phrase instead of the usual ‘OK Google’ phrase on Android.

Moto hint offers 3.3 hours of battery back-up that is good for a start. It is compatible with any Bluetooth enabled phone. A sensor on the device detects when it is in the ear and it automatically powers on. Now as it’s powered through Google, it will still just reply to the query. Hopefully, Motorola will bring an anthropomorphized voice assistant like the Cortana and Siri to make it feel like a two-way interaction.

This device will also rekindle the Bluetooth era that had just recently lost steam. If the Moto Hint works as it’s advertised, we will again have people all around us who seem like they’re talking to us but they’re actually posting a twitter update. Hopefully using hashtags vocally will make them realize how stupid they sound, and that will bring them back to the typing interface. The Moto Hint still deserves a chance for its innovation, and we’ll wait for it to come to our shores. The Moto Hint is priced at $149.99 (roughly Rs. 9,000), while its powerbank, the Power Pack Micro is available for $39.99 (roughly Rs. 2,400).

likethis
What's your reaction?
Awesome
0%
Epic
0%
Like
0%
I Want This
0%
Meh
0%
Posted In
Android, Latest, Mobile, Moto
Tags
About The Author