Passport received mix reviews but was appreciated for its unique features.
Share via

A while back, Blackberry was synonymous with smartphones. It is common knowledge that on Secret Service’s direction, President Obama had to take the tough decision of quitting his Blackberry when he came to office. But now the company has lost that edge. iPhones and Android smartphones have taken over the market leaving just a tiny gap for others to squeeze through. Blackberry is now taking a major chance with the new Passport, which it hopes will bring back the lost glory of the company. The 4.5-inch square-shaped Blackberry Passport is the company’s first major release in over two years. The square shaped screen with QWERTY keyboard is an attempt by the company to bring back corporate and government consumers. The phone was released simultaneously in Toronto, London and Dubai.

The Passport’s 4.5 inch screen has a resolution of 1440×1440 with a pixel density of 453 ppi, which sounds like an excellent display. It features 10 points multi-touch and is protected with Corning Gorilla Glass 3.

Its processing capabilities are handled by a 2.26 GHz Snapdragon 800, quad-core processor. The device has 3 GB RAM, equivalent of the Note 4. The internal memory stands at 32 GB and is expandable up to 128 GB. The device also has NFC for mobile payment and file transfer. 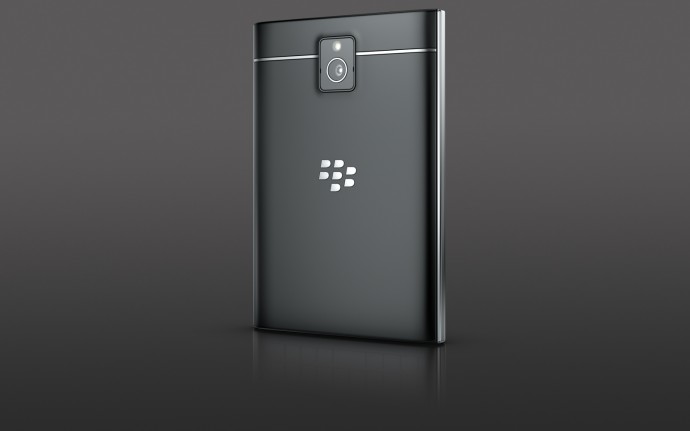 The phone looks classy on the back.

The main camera on the Passport is a 13 MP shooter while the front camera is a 2MP shooter. It comes with a massive battery of 3450 mAh which will probably keep it going for a couple of days, thereby being a good companion for the executive on the move.

Blackberry claims the physical keyboard gives users more typing accuracy and is also touch-enabled. It’s responsive to touch so the user can scroll web pages, flick to type or slide along the keys to move the cursor.

The Passport will cost $599 (about Rs. 36,400) without a contract. If they plan on bringing it to India, it will be at least a Rs. 40,000 plus device. At the price, it will still be cheaper than most of the flagships in the market.

Overall the passport sounds like a great device on paper but we are a little suspicious of the square display. While widescreen is the norm of the day, it will be interesting to see how this crucial bet by Blackberry pays off.

Happy Nagashetti
iGyaan Network's newbie Happy is a Technological Hedonist, Traveller, Photographer, Curious Humanoid and a giant foodie who is always pumped up for new adventures.
You Might Also Like
BlackberryLatestMobileTech
Read More